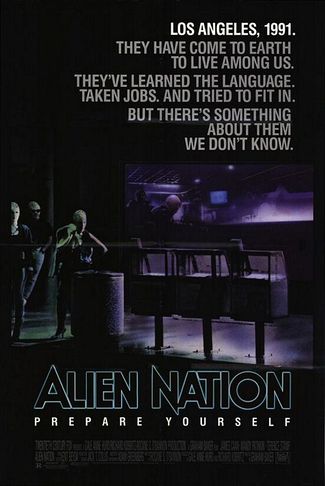 Genetically engineered alien beings - the "Newcomers" - land in the Mojave Desert, fugitives from their creators and are gradually welcomed into human society. But relations between the humans and the aliens are strained, in particular in the LAPD. With the alien community putting pressure on the mayor, he appoints one of them, Sam Francisco, to the rank of detective and partners him with alien-hating cop Matt Sykes. Initially hostile to each other, Sykes and Francisco learn to cooperate as they uncover a dark specter from the aliens' past threatening to destroy the fragile life they've found on Earth.

LAPD helicopter used by Francisco to save Sykes from drowning at the end. Registration N250CA, Serial 2615. False livery. Same aircraft in other movies at IMPDb: Frequently Seen Aircraft.