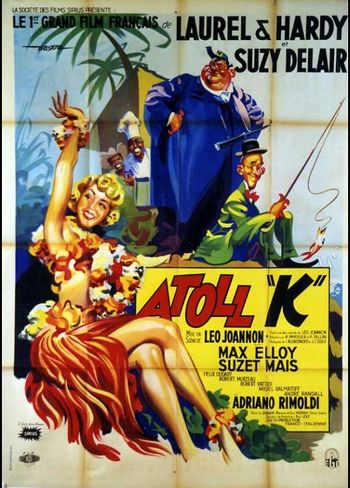 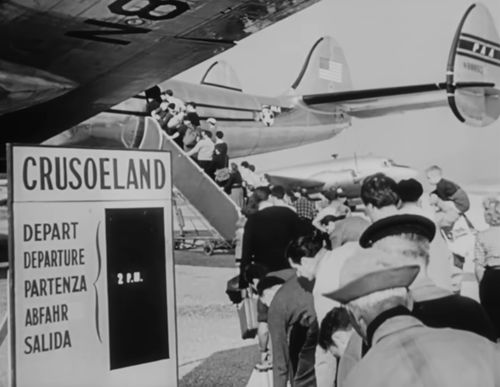 With a Vickers VC.1 Viking in the background.

Reg. I-ENEA Fiat G.212 c/n 10 built in 1948. Here with the colors of ALI - Flotte Riunite, the airline company own by Fiat (ALI-Flotte Riunite was liquidated in March 1952).
Later sold to S.I.P.T.A. and still wearing the same registration.
In 1954, the aircraft was sold to Arabian Desert Airlines and so registered as G-ANOE.
On 29 July 1954, during the final approach completed by night, the pilot did not realize his altitude was insufficient when the three engine airplane hit a sand dune located few dozen yards short of runway. While all three crew members were unhurt, the aircraft was damaged beyond repair... but is visible on a picture taken in 1955 at the Beirut airport !
So what ? 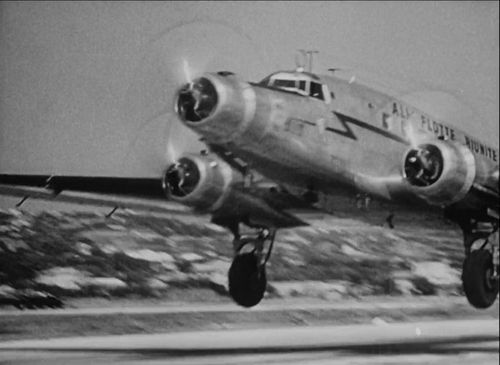 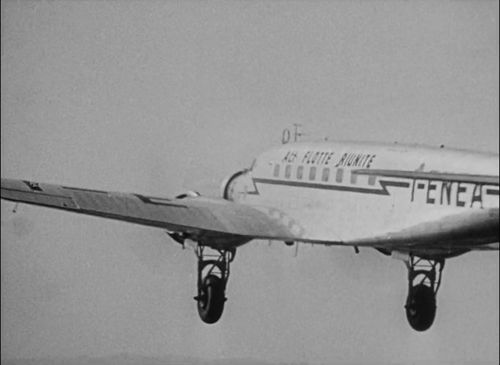