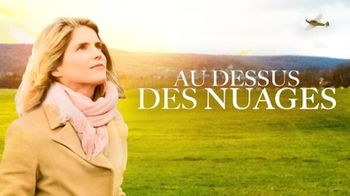 At the age of 16, Dorine is the only survivor of a plane crash in 1991. Growing with paraplegia, she strugles for a common life both as woman and as mother... and most of all she still wants to learn how to fly. Once at the controls of an aircraft, she wants more in doing aerobatics and eventually she'll perform this during the 2015 Paris Air Show (51e Salon du Bourget).

A picture of the French pilot Hélène Boucher (1908-1934) who set several world speed records, including one which was also a world record for either sex.

Advertising for a book titled 'Les aviatrices' and several aircraft (wallpaper of an Antonov An-2 flying over the clouds, model pined on the wall, unfinished radio-command flying model at least).

Seen in front of Hangar Six home of Aeroclub Paul Louis Weiller at Les Mureaux (LFXU), 40 km west of Paris, France. This flying club is one where paraplegia people could fly with dedicated aircraft as most of those seen in this movie. 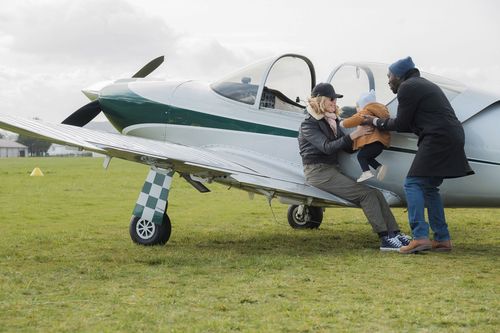 From the cockpit (but not showing the special 'by hands' system in place of the usual rudder pedals).
The tall white building is from ArianeGroup (former name : Astrium / Aérospatiale) and houses some assembly line of the European launch vehicle. 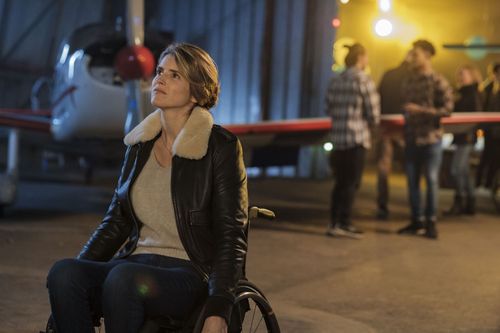