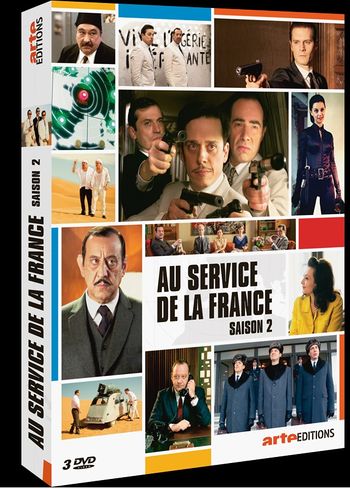 A totally crazy comedy of espionage that portrays the adventures of incompetent secret agents struggling with the geopolitical crises of the sixties.

Ep. 04 Le singe est dans la fusée.
Takeoff on January 31, 1961 for the flight of the Mercury-Redstone #2 mission with the chimpanzee christened Ham for a suborbital fight. 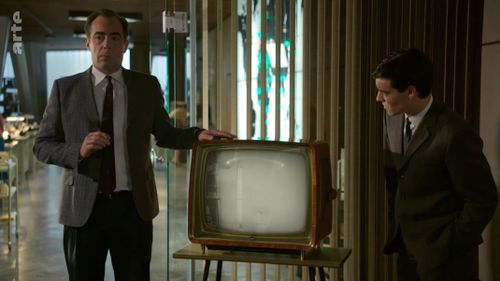 Ep. 09 Tovaritch Merlaux.
Reg. F-BHRA Sud Aviation SE 210 Caravelle I s/n 1 of Air France which christened her Alsace.
Flight career from March 1959 until end of 1975 with a two month long upgrade to modify her into a Series III (February / March 1961). Once grounded, she was used in the Air France mechanical instruction center at Vilgénis (near Paris, France) from 1976 until 2006. Sold in 2011 to a Dutch collector and display at Baarlo, Limburg, Netherlands.
Same aircraft in other works at IMPDb: Frequently Seen Aircraft (Civil Fixed-Wing). 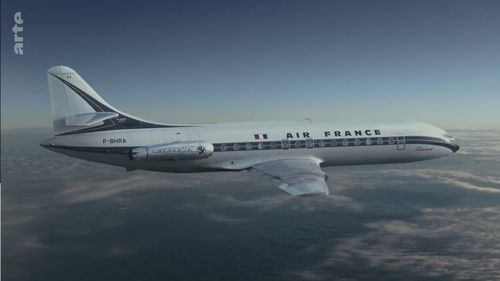 Ep. 09 Tovaritch Merlaux.
An unwanted background as the Boeing 747 first flew only eight years after the action set on August 1961; and more over 1976 for the SP.
Director tried to shot the scene in order to hide the cockpit and let think it's just a Boeing 707.
The livery correspond to an ex Iran Air airplane. 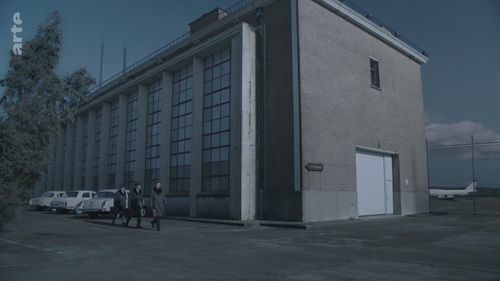 Ep. 09 Tovaritch Merlaux.
Fictitious registration : CCCP-0613 / SSSR-0613 is too short.
But an Ilyushin Il-14P reg. СССР-06132 s/n: 146000709 is displayed in an open air museum at Ulyanovsk, Russia. This aircraft has a red/orange fadding band enclosing her windows and Aeroflot title is slighty different. 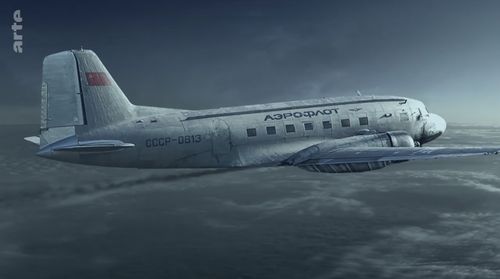