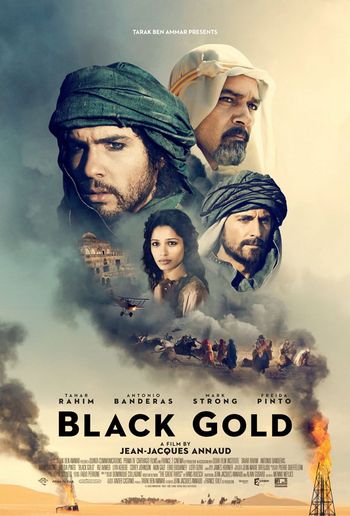 Set in the 1930s Arab states at the dawn of the oil boom, the story centers on a young Arab prince torn between allegiance to his conservative father and modern, liberal father-in-law.

False registration I-ANHG.
It's in fact a replica (c/n 2) of the famous Royal Aircraft Factory SE.5 built by heavy rework of a Stampe SV4. Real registration is F-AZCN.
Same aircraft in other movies at IMPDb: Frequently Seen Aircraft.