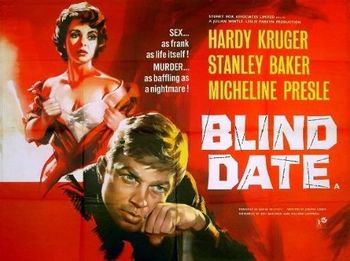 Dutch painter Jan-Van Rooyer hurries to keep a rendezvous with Jacquleine Cousteau, an elegant, sophisticated Frenchwoman, slightly his elder, whose relationship with him had turned from art student into one of love trysts. He arrives and is confronted by Detective Police Inspector Morgan who accuses him of having murdered Jacqueline. Morgan listens sceptically to the dazed denials of Van-Rooyen as he tells the story of his relationship with the murdered woman. Morgan, after hearing the story, realizes that the mystery has deepened and it becomes more complicated when the Assistant Commissioner, Sir Brian Lewis, explains that Jacqueline was not married but was being kept by Sir Howard Fenton, a high-ranking diplomat whose names must be kept out of the case. 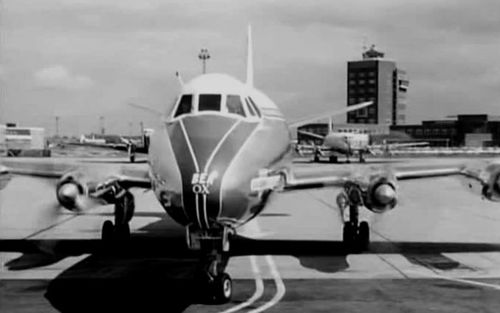 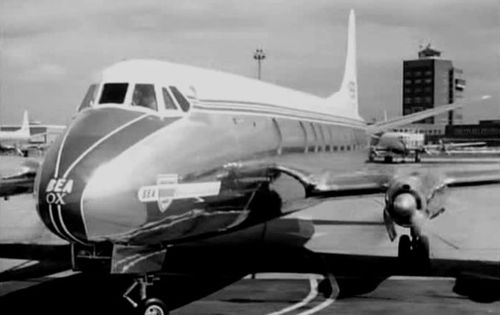 Douglas C-47 in the left background, behind the Viscount, very likely from BEA. 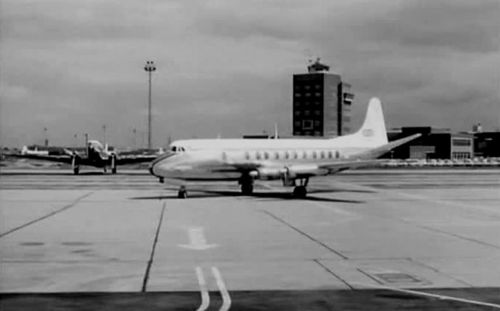