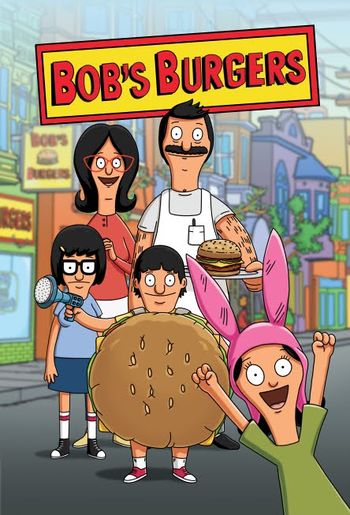 Bob Belcher and wife, Linda, love one other as well as their 3 offspring: Tina, 13, introspective, quirky yet independent, Gene, 11, adolescent techno freak who has not outgrown his sense of fun nor his baby fat and Louise, 9, budding diabolical Machiavellian hellcat who never runs out of ideas. Together, they run Bob's Burgers where the food is really great but life always gets in the way of business.

Ep. 4.03 Seaplane!
Fictional floatplane, based loosely on the De Havilland Canada DHC-2 Beaver. Or a Cessna 150 on floats but powered by a radial engine instead the usual flat-four engine.
Nicknamed Shoshana. 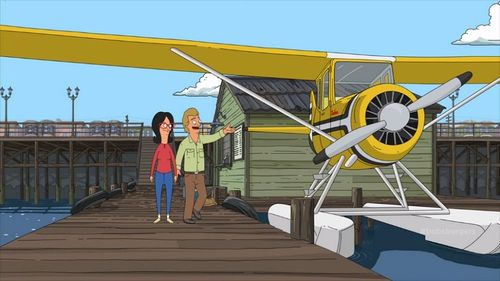 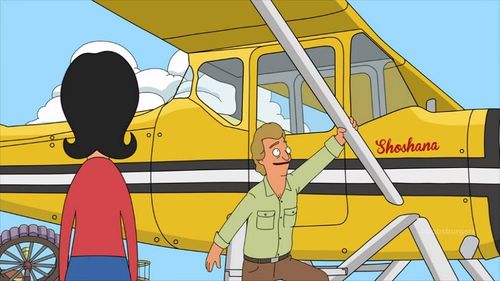 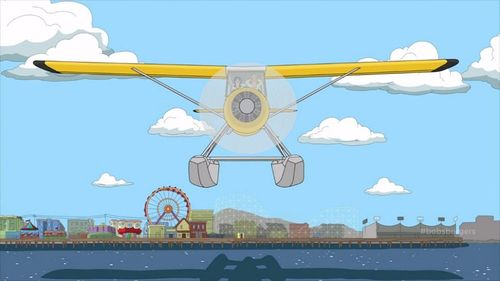