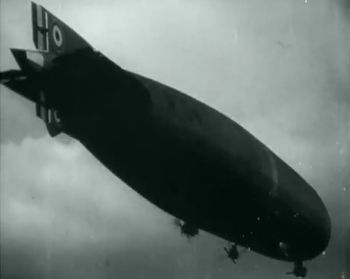 Beardmore R34 Airship seen in The Conquest of the Air.

The R33 class of British rigid airships were built for the Royal Naval Air Service during World War I, but were not completed until after the end of hostilities as part of the Royal Air Force. The R33 was built by Armstrong Whitworth and was in service between 19119 and 1925. The R34 was a product of Beardmore and has a two years carreer from 1919.

This page lists all films that feature the Beardmore R34 Airship.