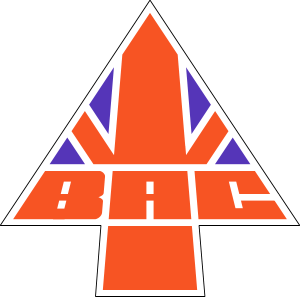 The British Aircraft Corporation was formed through the merger of Vickers-Armstrongs, English Electric Aviation, the Bristol Aeroplane Company and Hunting Aircraft in 1960. The company was also referred to as BAC.On 29 April 1977, BAC, the Hawker Siddeley Group and Scottish Aviation were nationalised and merged under the provisions of Aircraft and Shipbuilding Industries Act 1977. This new group was established as a statutory corporation, British Aerospace (BAe).

This page shows a list of British Aircraft Corporation aircraft that have featured in films referenced on The Internet Movie Plane Database.

For a list of aircraft manufactured by BAC's predecessors, see:

This category has the following 5 subcategories, out of 5 total.