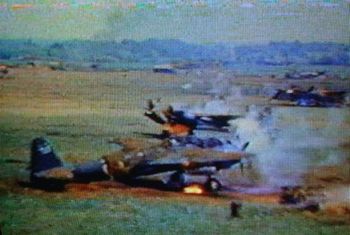 The Nakajima J1N1 was a twin-engine aircraft used by the Japanese Imperial Navy during World War II and was used for reconnaissance, night fighter, and kamikaze missions. The first flight took place in May 1941.

This page lists all films that feature the Nakajima J1N1.