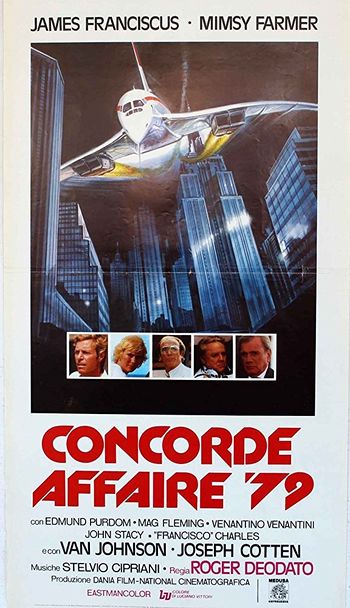 Despite the Guest Star of this movie, the supersonic airliner is seen only during short scene in fictionous colors.
The copy found is of very poor quality and has no interest to be posted here. A finer trailer has the disaventage of using commercial and advertising, not movie footage !
The landing scene during the credit (0 min 40 sec) shows F-BVF(C ? or F ?).
[[Image:|thumb|500px|none|]]
Includes some shot on the assembly line (1h24) ... and last landing filmed with toys !
During ending credits, some overfly by one of the prototypes.
[[Image:|thumb|500px|none|]]