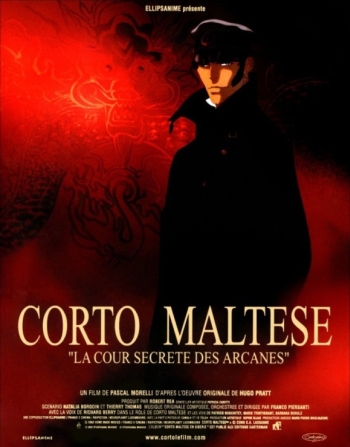 1919. First flight for Corto Maltese with Lieutnant Jack Tippit of the American Air Force. In the comics, the DH 4 is adorn with american roundels. Why did the animation crew used french ones ? 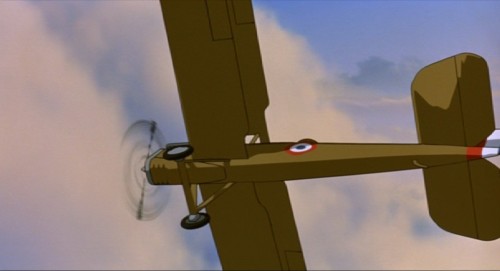 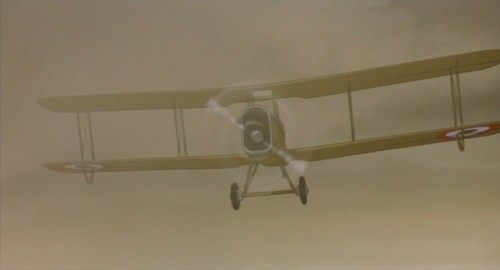 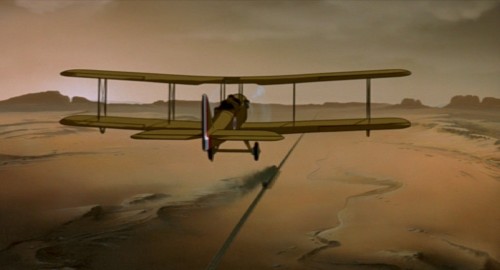 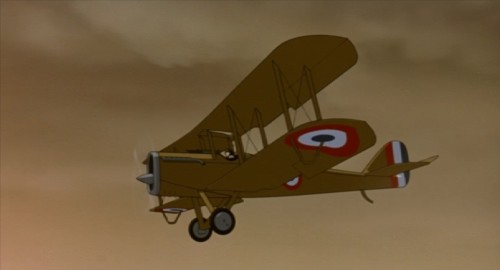