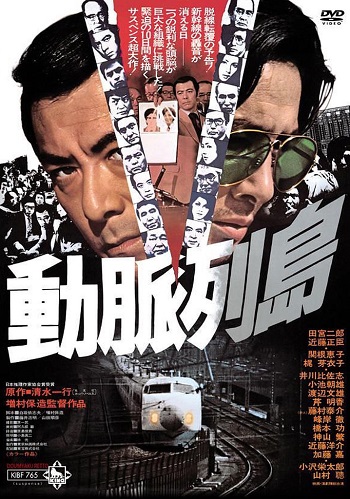 A hospital intern threatens to blow up a bullet train because he believes that their noise and pollution is contributing to his patients' deaths.

Registration JA9127, c/n 1344. Damaged beyond repair on November 8, 1991 during a spray run (spray tanks were not balanced leading to the helicopter's lateral Center of Gravity moving outside its limits). Wreck sold to Canada and rebuilt as C-FHQH.
Same aircraft in other works at IMPDb: Frequently Seen Aircraft (Rotary-Wing).