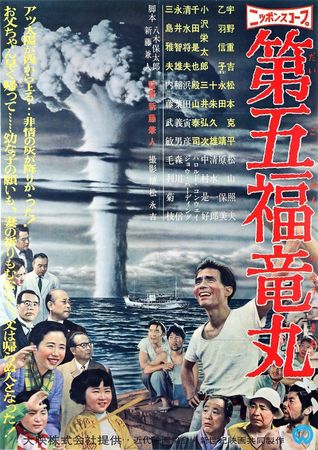 A Japanese fishing boat, Dai-go Fukuryū Maru ("Lucky Dragon No. 5") sets out from the port of Yaizu in Shizuoka Prefecture. It travels around the Pacific, line fishing. While the ship is near Bikini Atoll, the ship's navigator sees a flash. All the crew come up to watch. They realize it is an atomic explosion, but take the time to clear their fishing gear. A short time later, grey ash starts to fall on the ship. By the time the ship returns to port, the sailors have been burned brown.