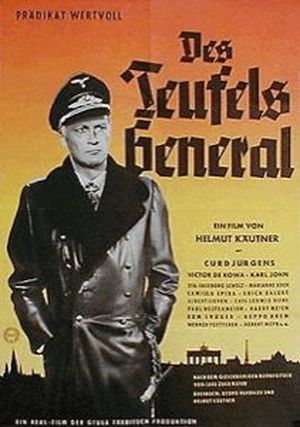 In this movie, these aircrafts (Swedish designation : B 3) are trying to represent a fictional aircraft industry building Mohringen Mo-xx. They used several convincing pictures of Swedish Air Force Junkers Ju 86 K which were in operation until 1955. These Ju 86s had been built under license in a SAAB plant in the 1940’s as SAAB B 3. These ones might be some of those Swedish built Ju 86. 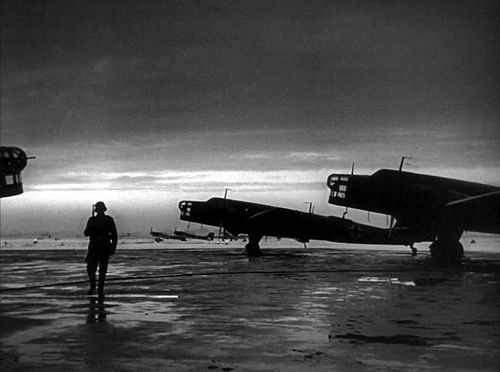 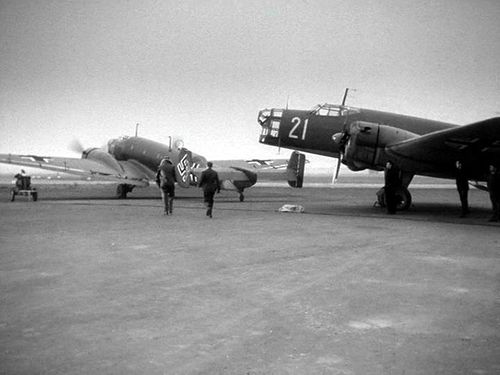 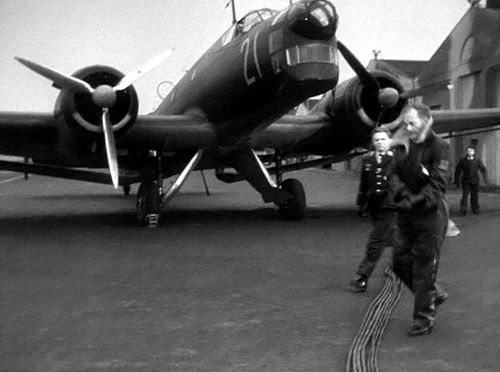 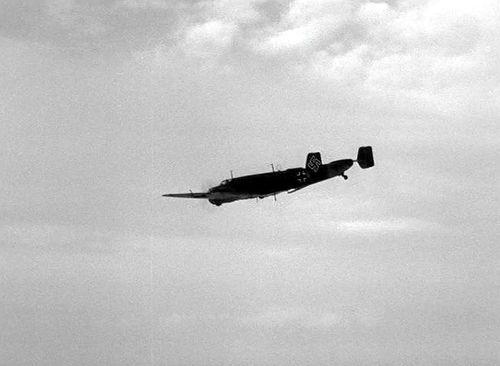 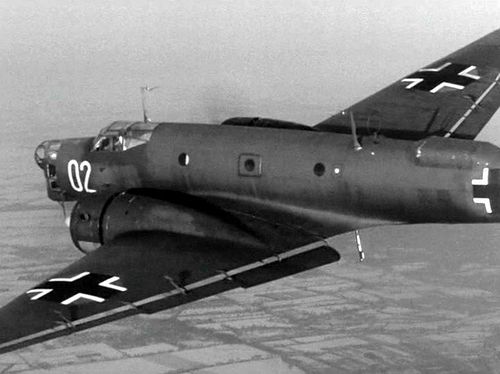 Two Ju 87 Stuka in the background. 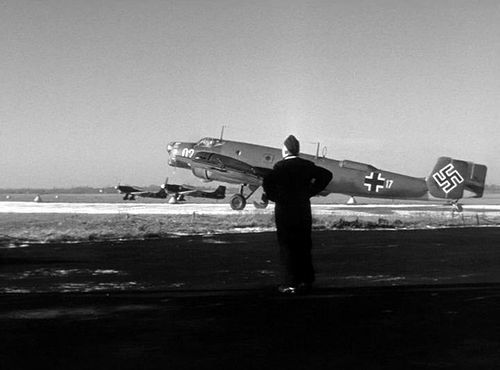 Seen only in the shelter. 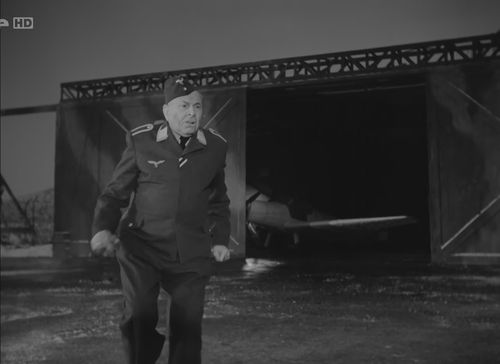 The General's flat is full of memories, pictures and models of aircraft.
See Discussion tab.

Background with an unidentified aircraft. A foreground car hides its engine making recognition not so easy. 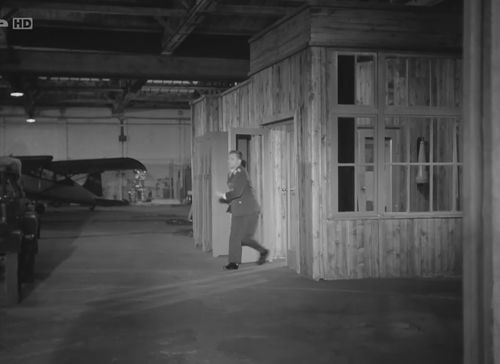