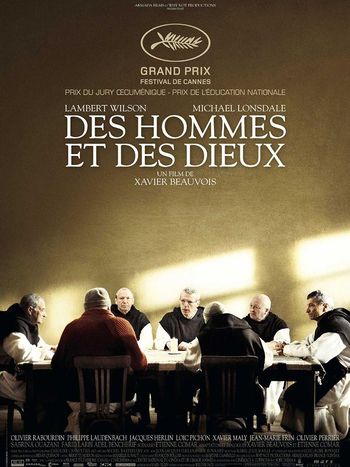 Under threat of actions of fundamentalist terrorists and their military opponents, a group of seven Trappist monks stationed with an impoverished Algerian community must decide whether to leave or to stay.

Acting as an algerian helicopter, probably a Bell 205 of the Royal Moroccan Air Force (as the movie was filmed in the Meknes aerea).