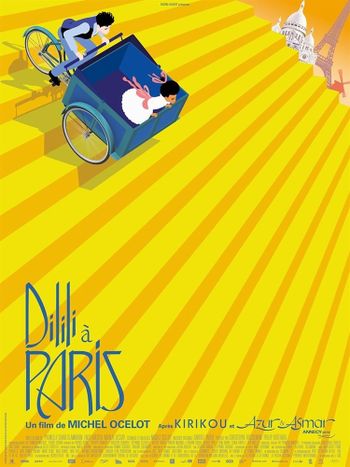 A toy made of a model airship for use with a zip line. 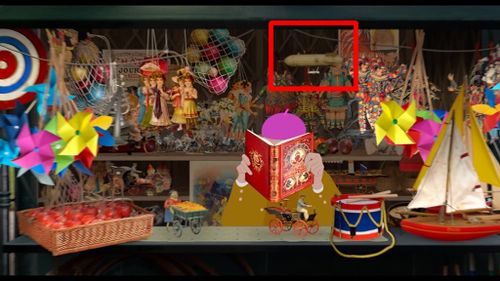 Evocating Santos Dumont No 6 airship (or the same unliky No 5) which was the first one contorning the Eiffel Tower.
On the real one, the propeller was on a pusher station and not at the front as shown here ... and of course did accept nobody but the pilot. 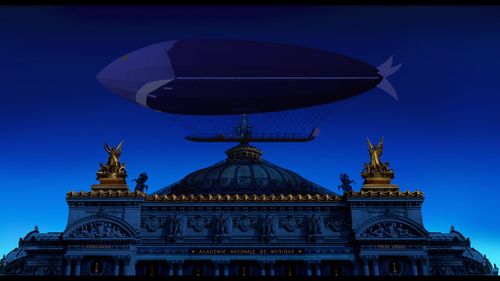