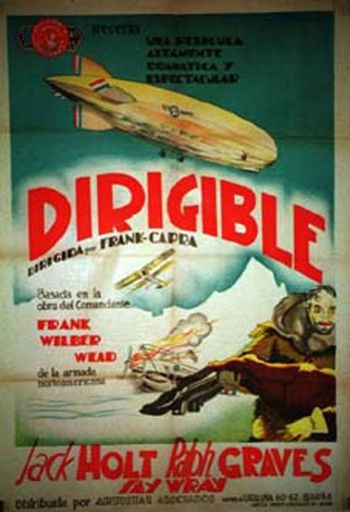 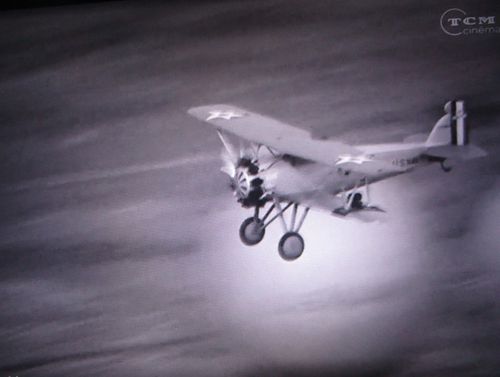 Note the (black) camera on the lower wing. 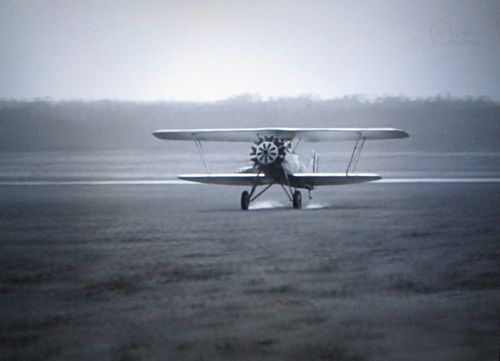 The camera is no more here. 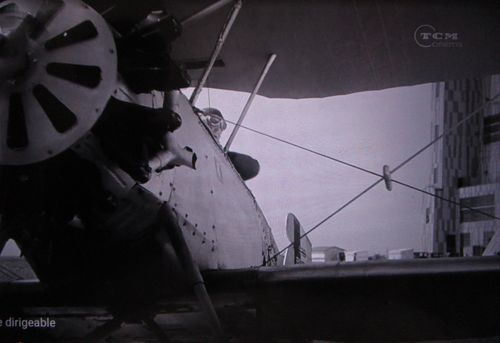 "Frisky" just landed at Naval Air Station Lakehurst (KNEL), New Jersey.
Note "N.A.S. ANACOSIA U.S. NAVY" on the fuselage. How strange for a tansamerica record flight as there is around 185 miles between these two Naval Air Stations (N.A.S Anacosia is near Washington D.C., so both are on East Coast). 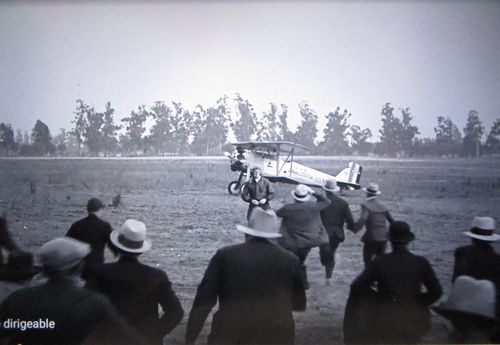 Scout biplane built by Vought and used by "Frisky" to test the parasite aircraft with the airship.
In fact, such test were made by the Navy at the end of 1929 and 1930. They led to the definitive concept (with onboard hangar) of the future USS Akron (ZRS-4) and USS Macon (ZRS-5). 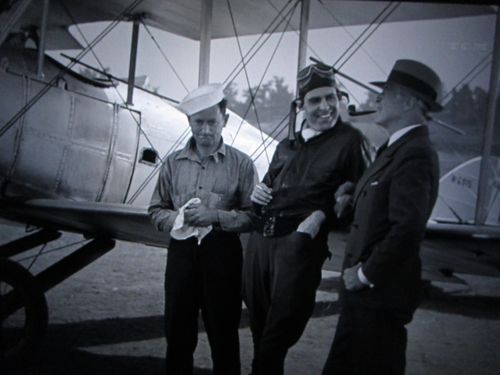 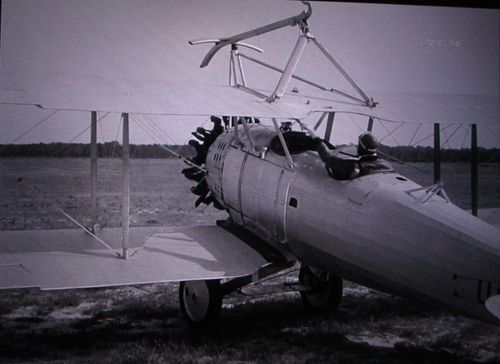 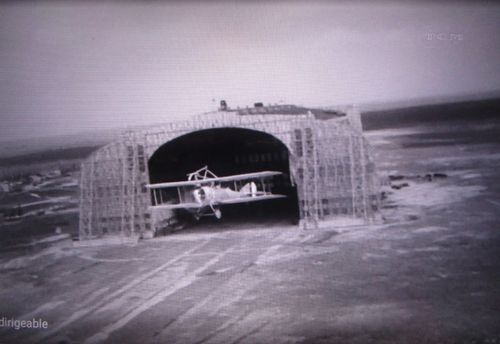 Note on some shot the camera on the rear of the fuselage. 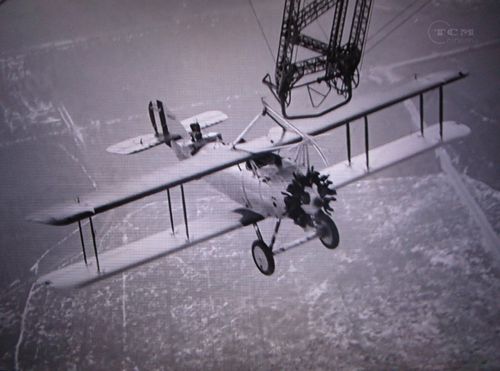 Used for "in action" filming during the release ... 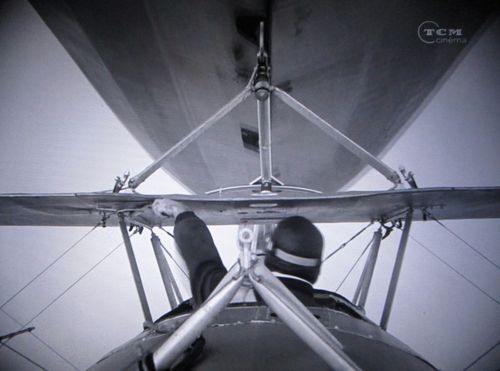 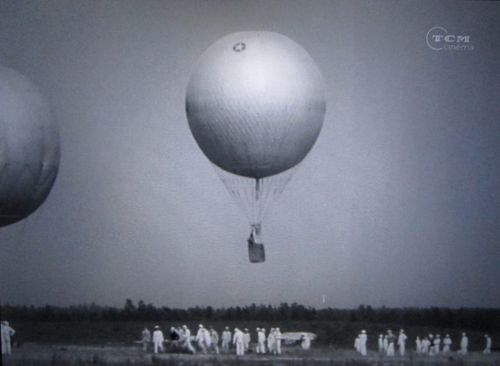 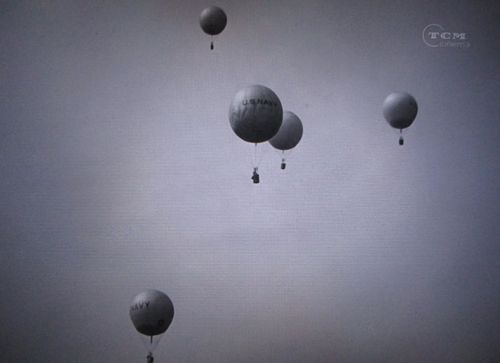 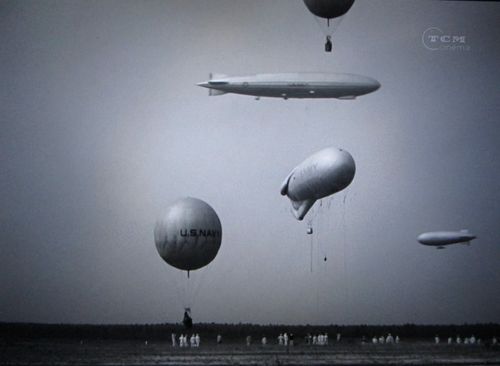 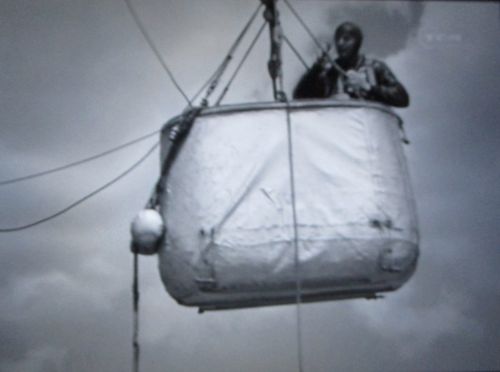 USS Los Angeles was decommissioned in 1932. Of the four rigid airships of the US Navy, the Los Angeles is the only one which did not meet a disastrous end. 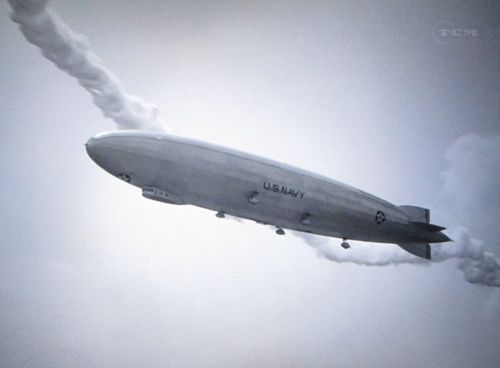 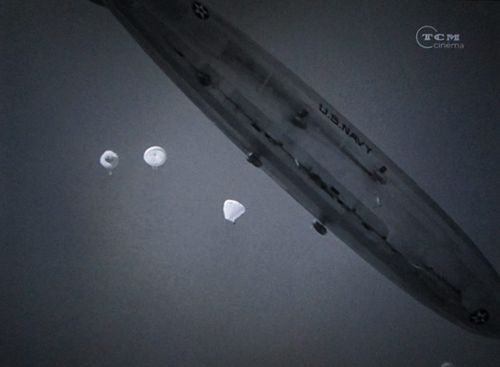 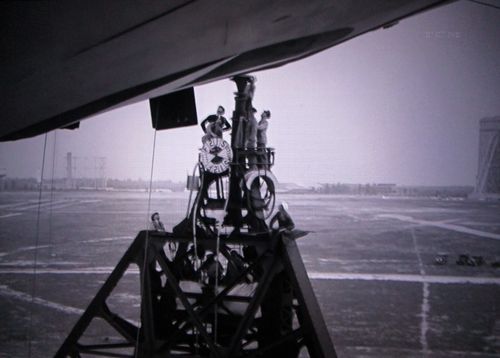 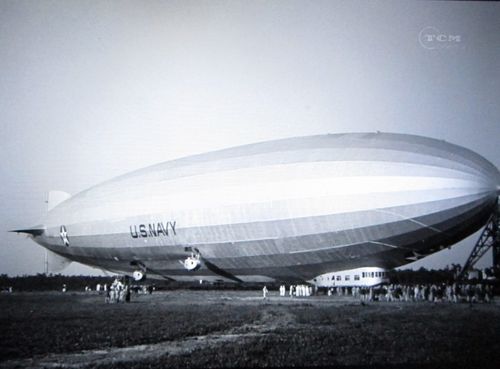 ZMC-2 (Zeppelin Metal Clad 200,000 cubic foot capacity) is the shorter and potbellied one 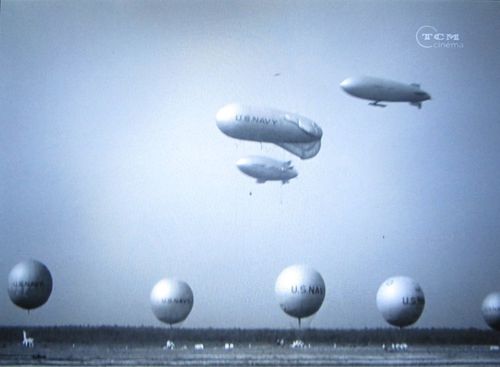 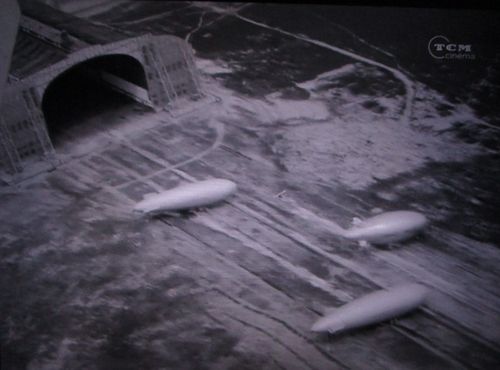 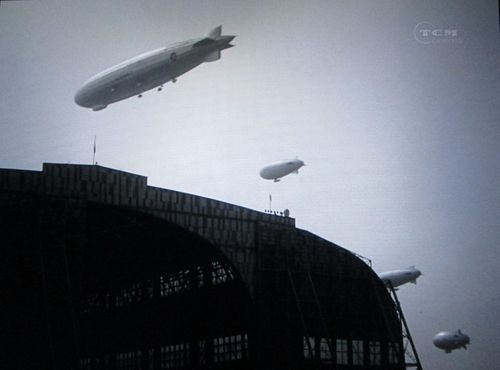 Once rescued by the carrier vessel, lieutenant commander Bradon is the passenger of this Vought Corsair which brings him to the States. 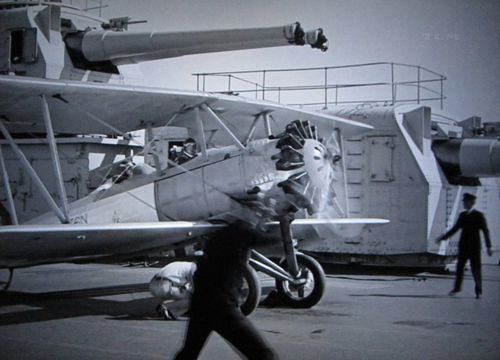 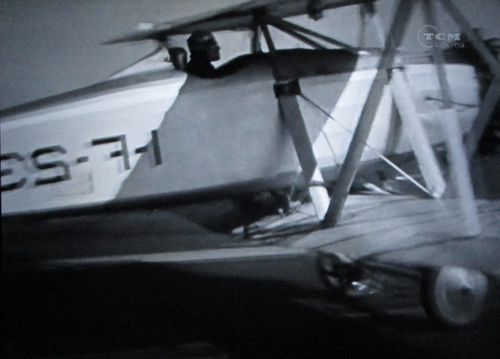 Seen just a glimpse of what seems to be a Lockheed Vega on floats when the team is sailing towards Punta Arenas. 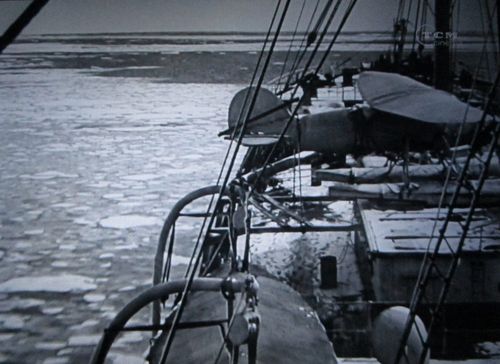 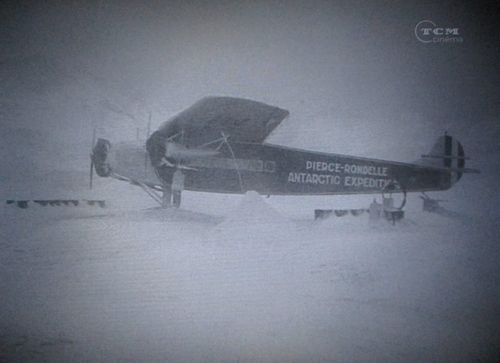 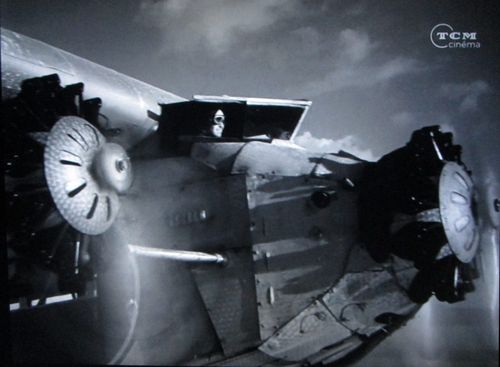 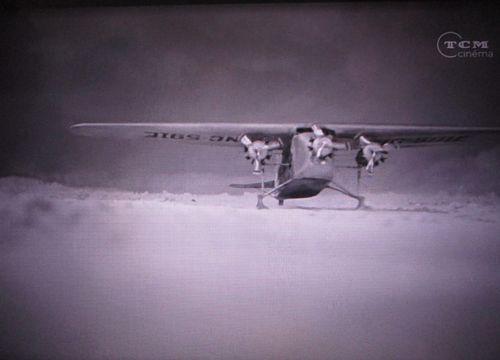 A Trimotor model to explain the new concept. 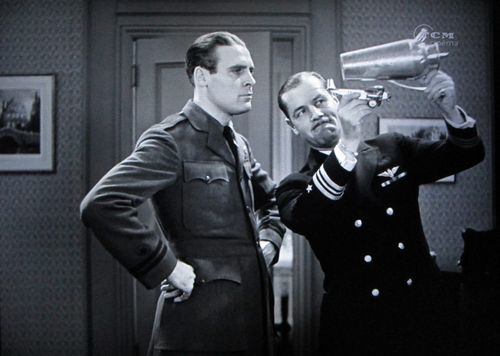 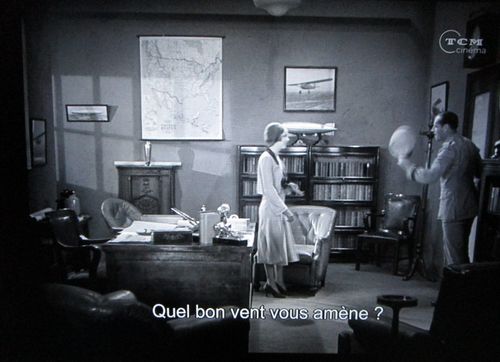