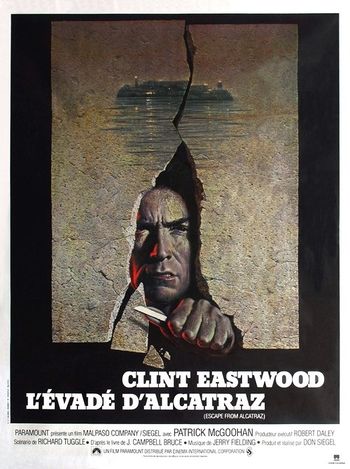 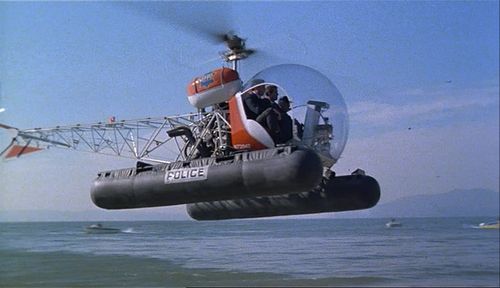 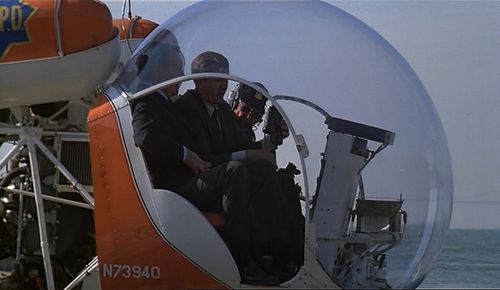 Unusual viewpoint. Please note in the distance what seems to be another helicopter grounded on the hill, probably from the USCG. 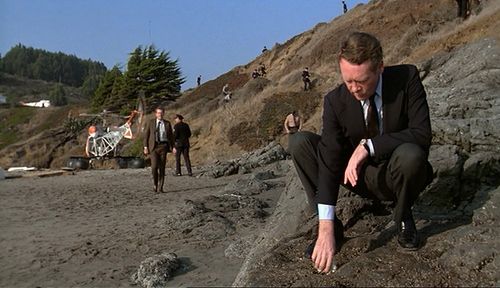 Patrolling low over the water, a machine handed by an United States Coast Guard crew. 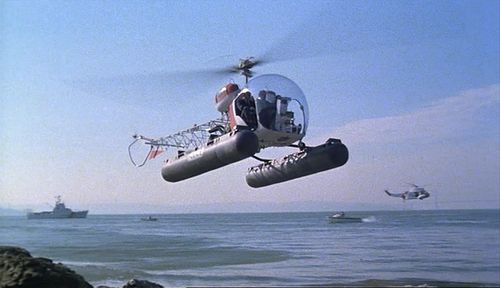