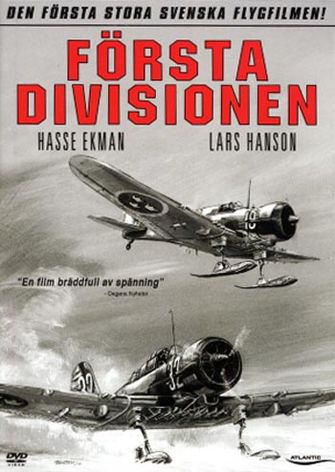 
This is a Swedish movie set on an Air Force base in Sweden.

The planes used are Northrop 8A-1 licence built in Sweden by SAAB and ASJA with NOHAB MyXXIV engines (Mercury licence). The planes are known as "B 5" by the Swedish Air Force and were used as dive bombers. 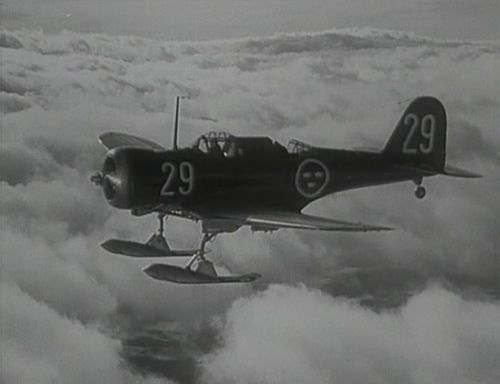 Equipped with skiis for snow landing. 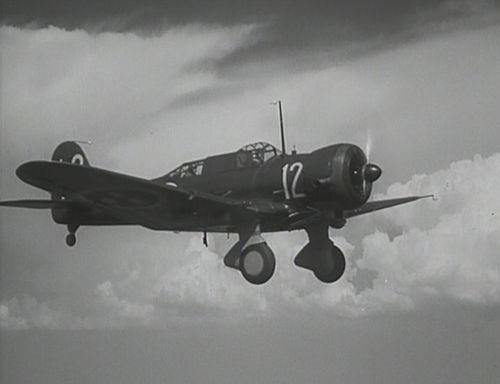 Equipped with a regular landing gear. 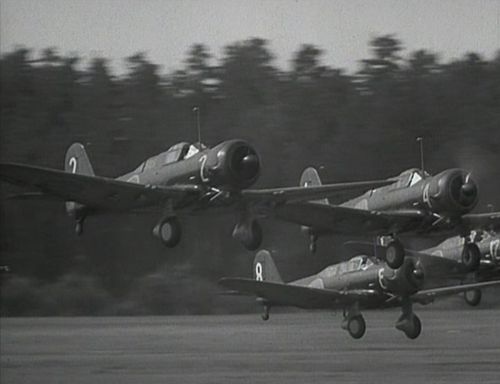 Lift off in formation from a grass field. 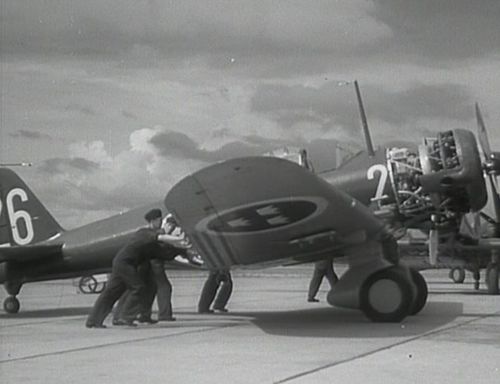 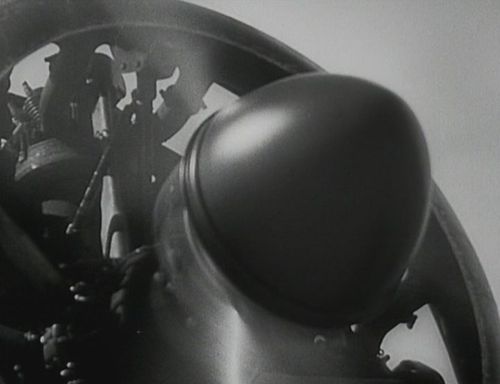 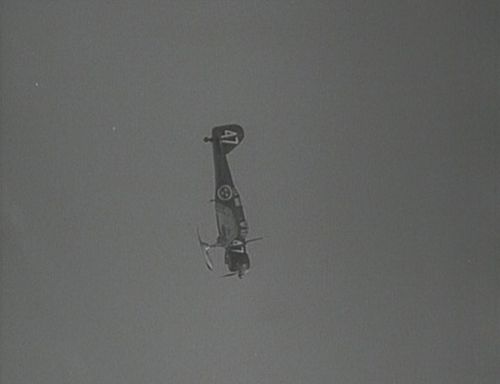 B 5 practicing a dive bombing operation. 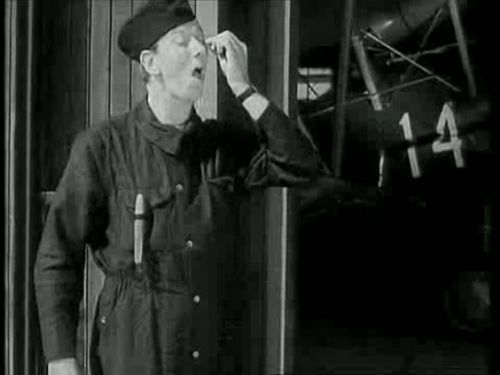