For All - O Trampolim da Vitória 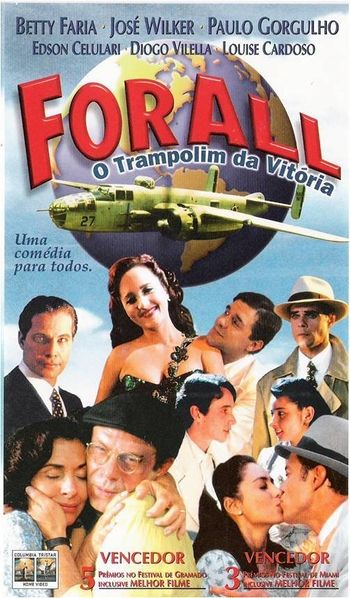 No engine but two tanks, an aircraft's shape has been highly modified ... 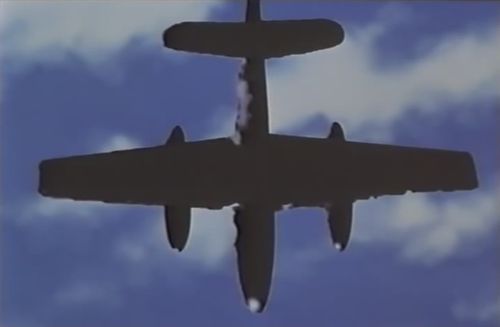 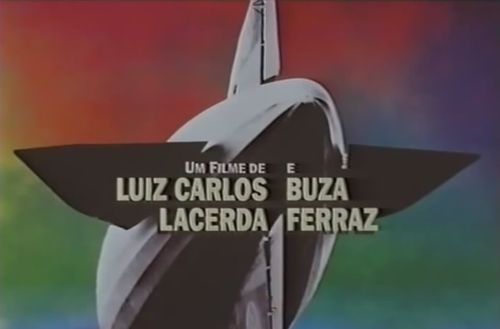 Near the end, we can see the inside of the hangar built for the Zeppelin Graf Zeppelin and Hindenburg at Bartolomeu de Gusmão Airport / Santa Cruz Air Force Base (Rio de Janeiro). 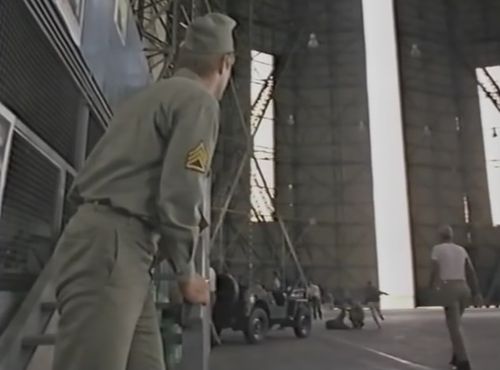 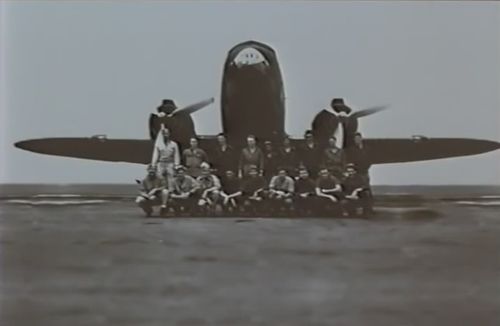 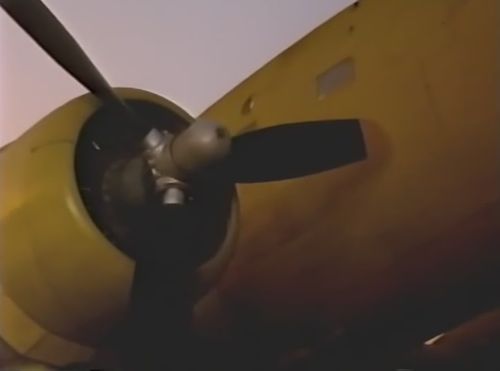 With a Skytrain landing in the background. 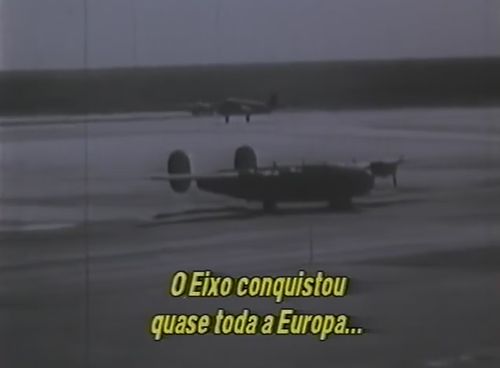 As the Skytrain is slowing down its speed (red line) and passing behind a B-24 (green line), we can see several Martin B-26 Marauder (yellow line) in the background. 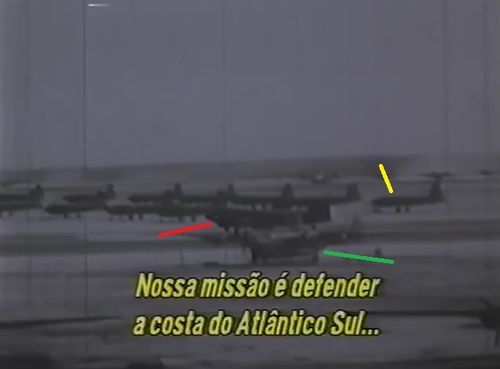 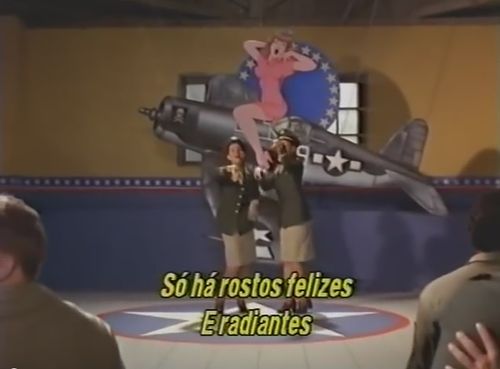 On the right is a North American B-25 Mitchell with two Republic P-47 Thunderbolt and perhaps a Fairchild PT-19A. 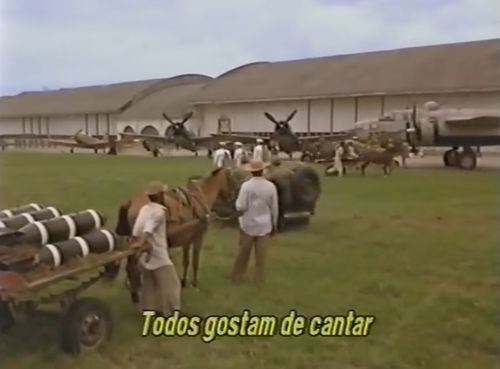 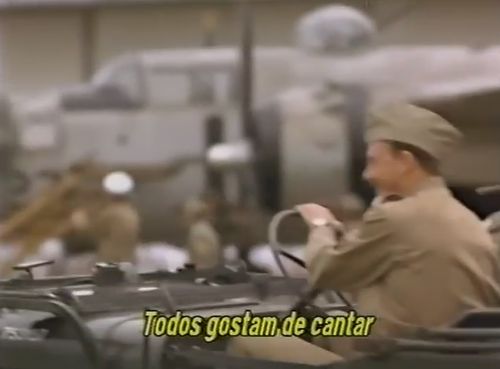 There is only three surviving B-25 in Brazil. Some CGI has been used. 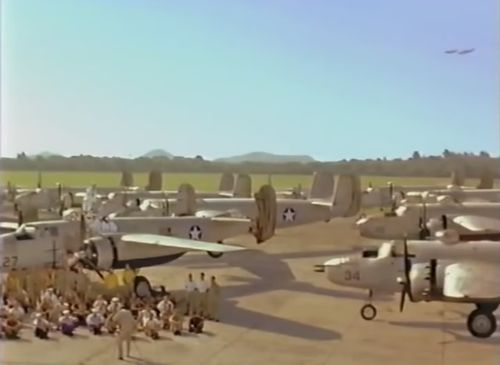 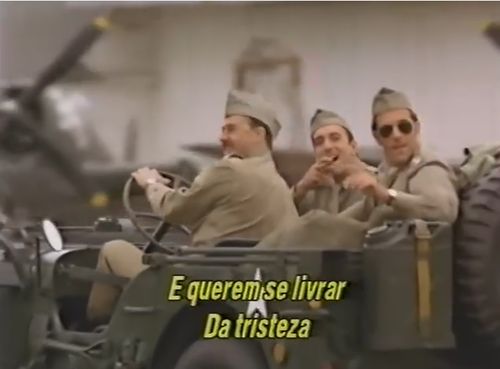 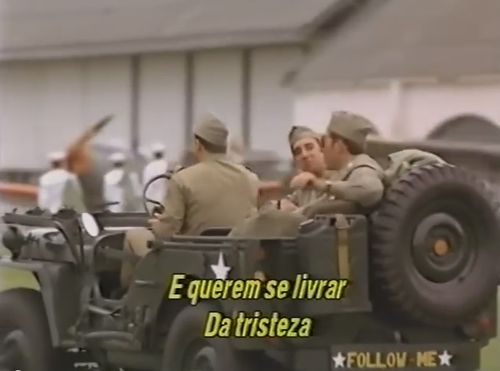 Like the other Fairchild, an UC-61A is preserved in both Museu Aeroespacial (near Rio de Janeiro) and TAM Museum / Museu Asas de um Sonho (250 km south-west of Rio). 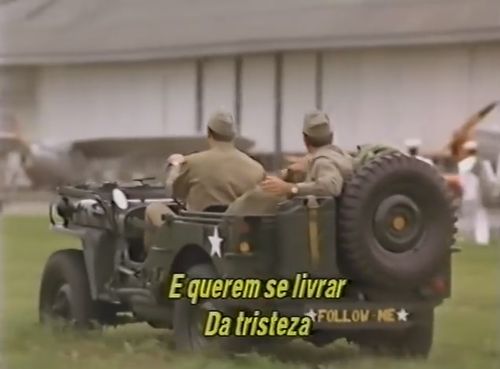 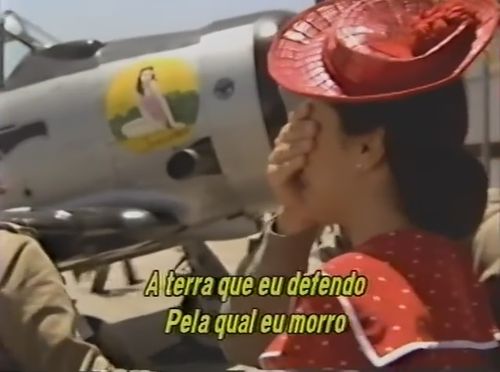 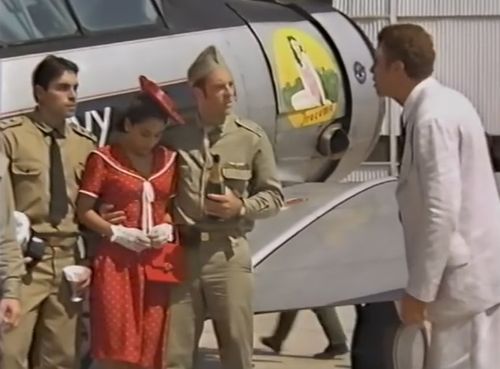 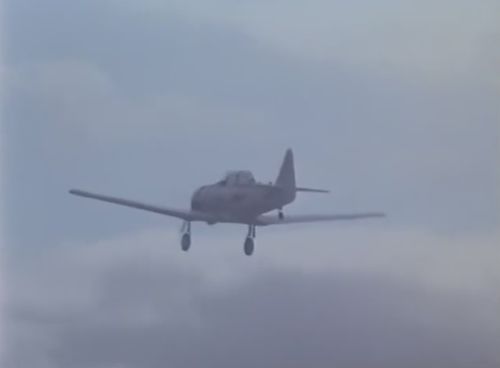