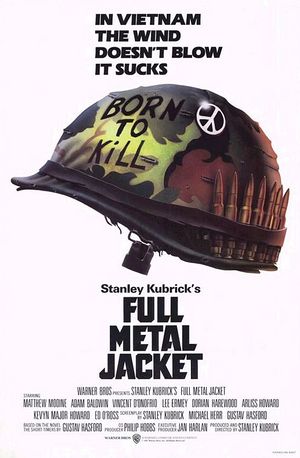 Pvt. Joker(Matthew Modine) narrates as the film follows a platoon through their Marine Corps training, and the subsequent deployment to Vietnam.

Supposed to be Sikorsky H-34 Choctaws, at least three of these helicopters are seen several times throughout the second part of the movie. 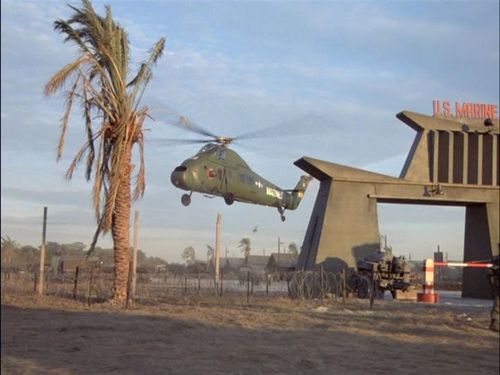 A Wessex seen at the Marine base. 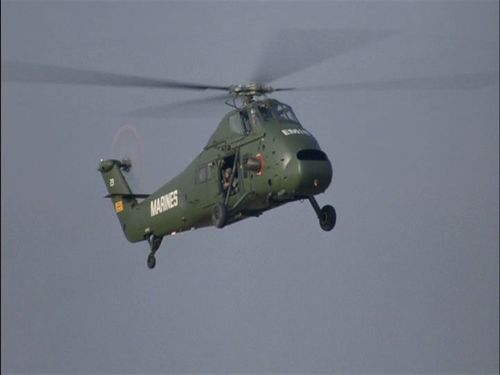 The Wessex imbound for landing outside of Hué City. 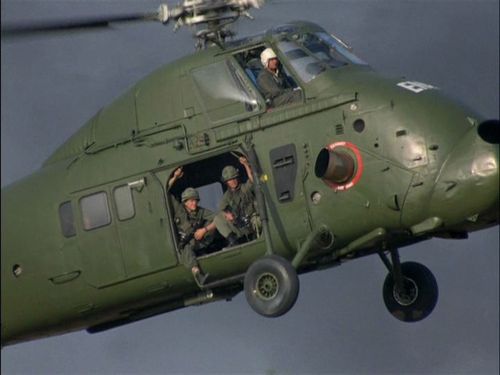 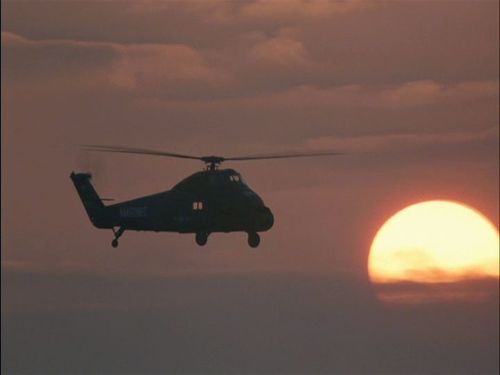 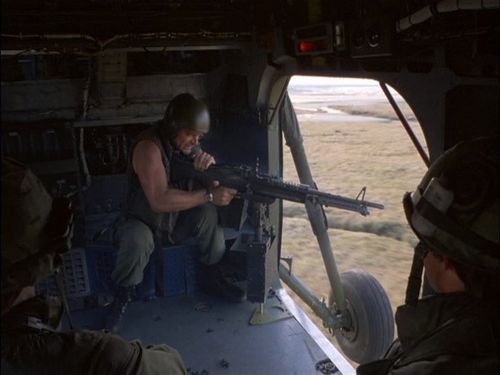 The doorgunner (Tim Colceri) fires the mounted M60 machine gun from the Wessex. 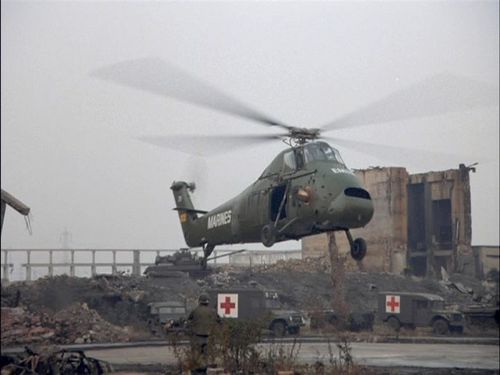 A Wessex lands in Hué City. 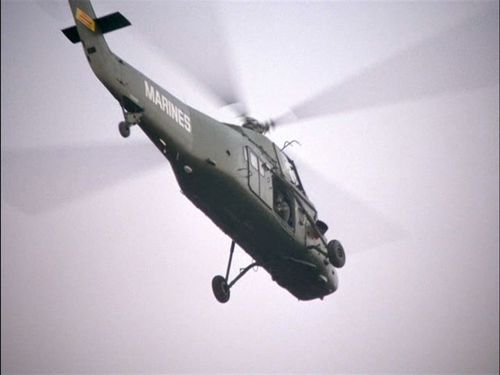 In the scene with the Wessex flying to Hué city with Joker and Rafterman aboard, the silhouette of a Bell 206 is visible from what is meant to be a view from the Wessex. 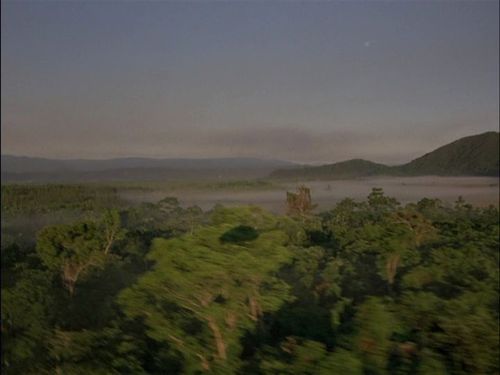