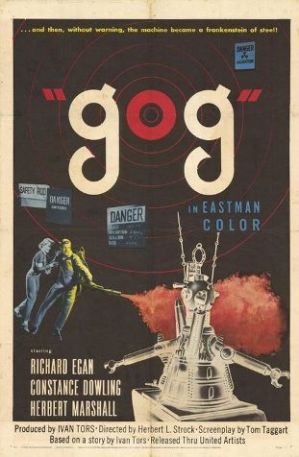 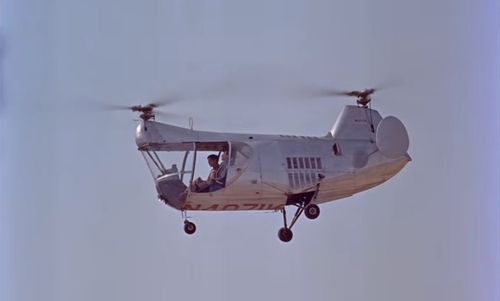 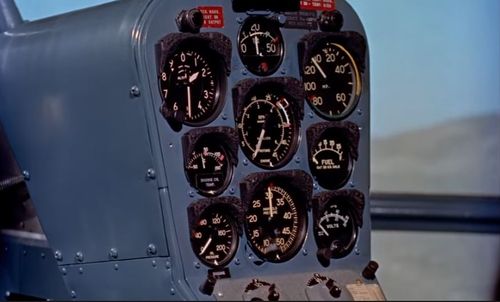 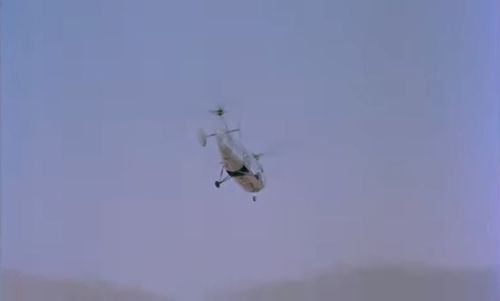 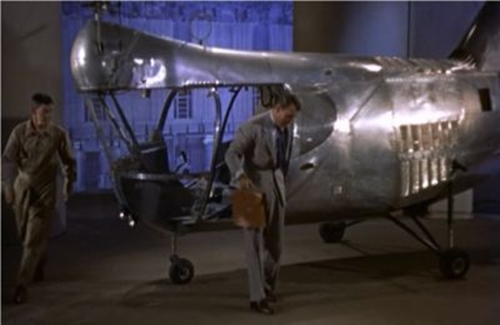 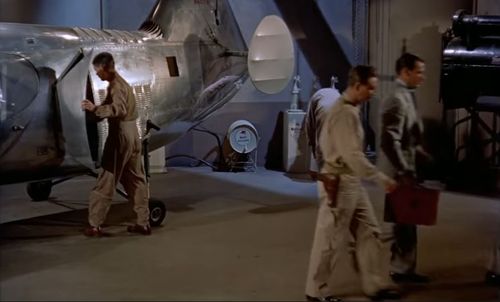 Scientific error : according the screenplay, this unmanned aircraft is undetected by radar due to fiberglass skin ... and so overflying and beaming the research center. 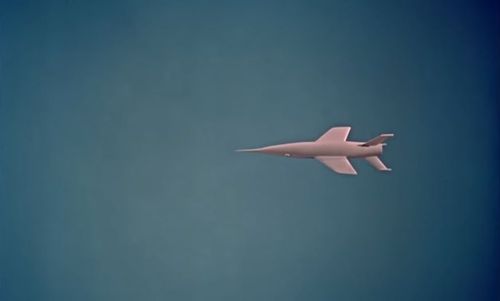 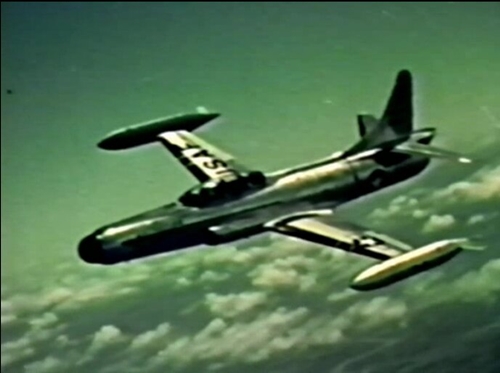 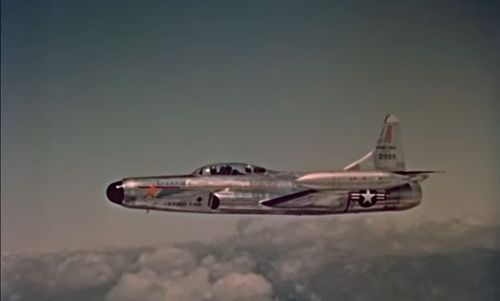 North American F-86F Sabre with 435th Fighter-Bomber Squadron emblem probably shot at their home base of George Air Force Base, California. As there is no F-100 visible, the filming was in 1953 or at the very beginning of 1954. 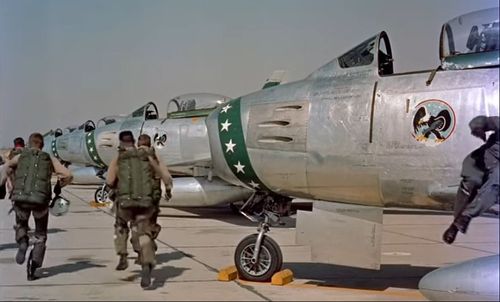 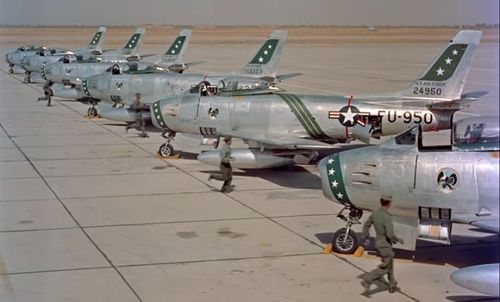 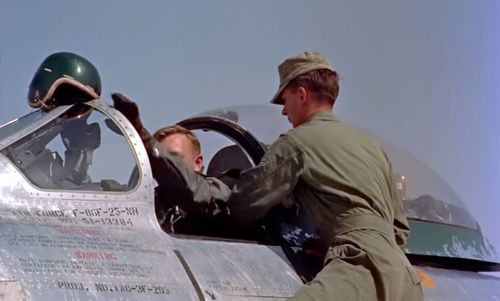 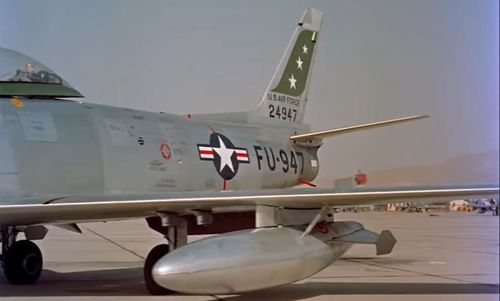 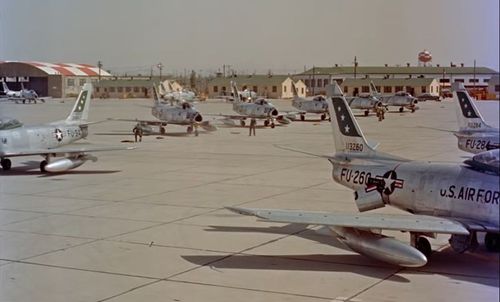