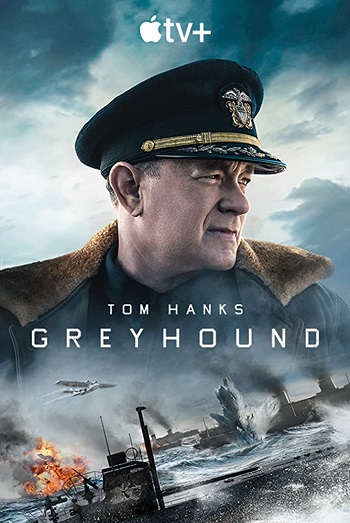 Several months after the U.S. entry into World War II, an inexperienced U.S. Navy commander must lead an Allied convoy being stalked by a German submarine wolf pack.

US Navy aircraft seen at the start of the film as the convoy leaves the range of protective air cover.

RAF Coastal Command amphibian example seen towards the end of the film, sinking the final U-boat once the convoy reenters the range of air cover. Only twelve delivered to the RAF, all others Catalinas were flying boats.

Seen during the credits, this Consolidated PB4Y-2M Privateer dropping a ASM-N-2 (a radar-guided glide bomb). This very short archive footage is a wrong use of historical material as the bomb was combat proven in April 1945 and only in the Pacific theater !
The Privateer itself was on front line units not before the end of 1944.

Consolidated PB4Y-2M Privateer (US roundel on the nose) dropping a white ASM-N-2 Bat (guessed in the low center).

US NAvy archive footage with the roundel with the central red dot so before May 1942.