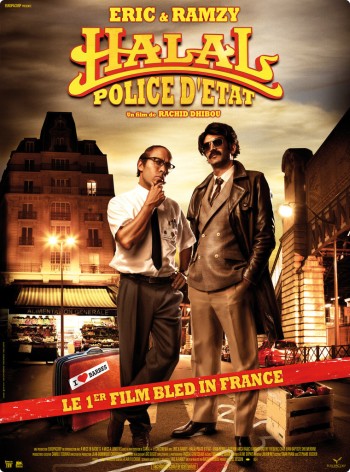 A serial killer kills grocers in Paris. One of his victims being an Algerian diplomat, Algeria send two detectives to participate in the investigation: Inspector Nerh-Nerh and "Kabyle" which has lost all its Arabic accent (when he speaks french) after being abducted by aliens. In Paris, suspicion focused on the Asian community, but the two policemen have their own unusual method ...

The Algerian registration is fictitious, as the company "Air Algerik". This is the Aérospatiale SN 601 Corvette 100 n°31 registered F-GJAP.
Same aircraft in other movies at IMPDb: Frequently Seen Aircraft.