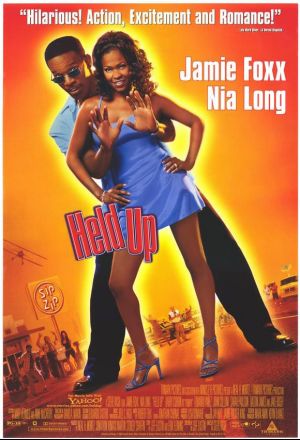 While they're on vacation in the Southwest, Rae finds out her man Michael spent their house money on a classic car, so she dumps him, hitching a ride to Vegas for a flight home. A kid promptly steals Michael's car, leaving him at the Zip & Sip, a convenience store. Three bumbling robbers promptly stage a hold up. Two take off with the cash stranding the third, with a mysterious crate, just as the cops arrive. The robber takes the store hostage. As incompetent cops bring in a SWAT team and try a by-the-book rescue, Michael has to keep the robber calm, find out what's in the crate, aid the negotiations, and get back to Rae. The Stockholm Syndrome asserts its effect. 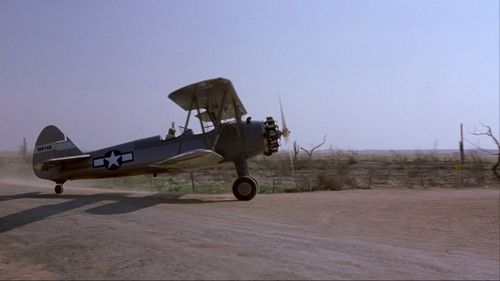 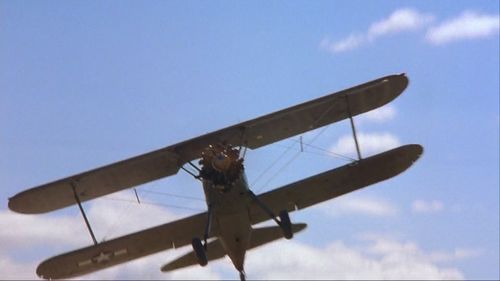 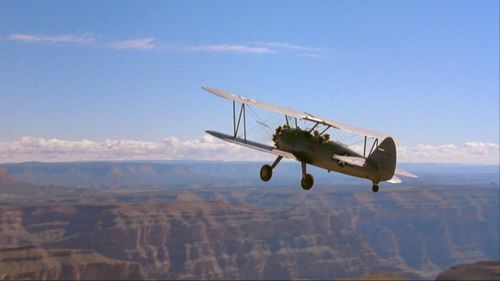 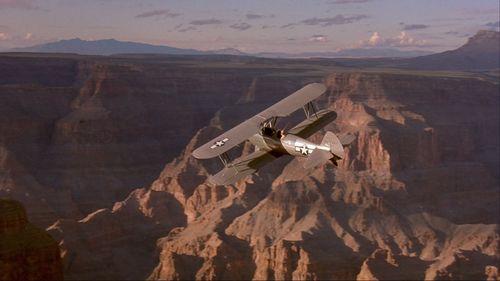 Landing at McCarran International Airport in Las Vegas, Nevada. A McDonnell Douglas MD-80 of American Airlines in the background. 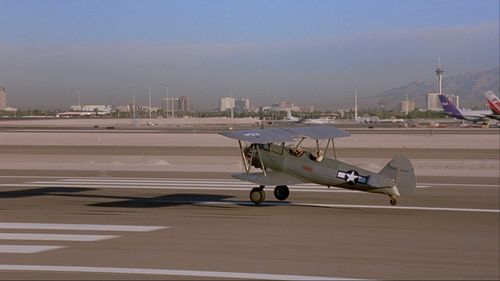 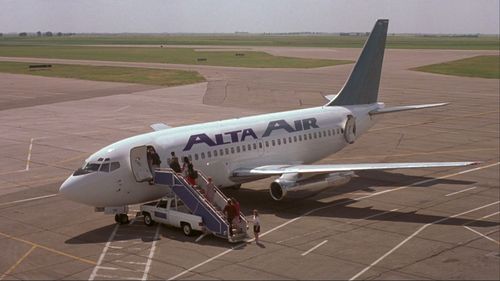 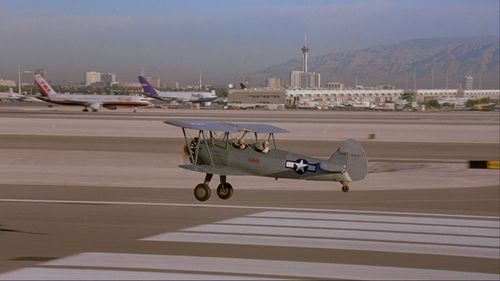 White prop plane in the background, to the left of the TWA 757. At McCarran International Airport in Las Vegas, Nevada. 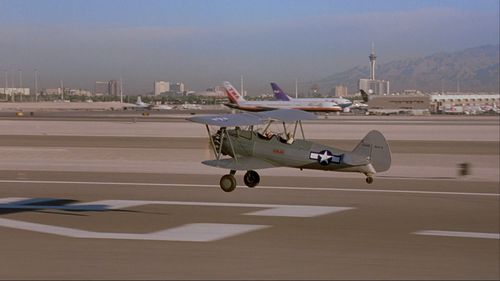 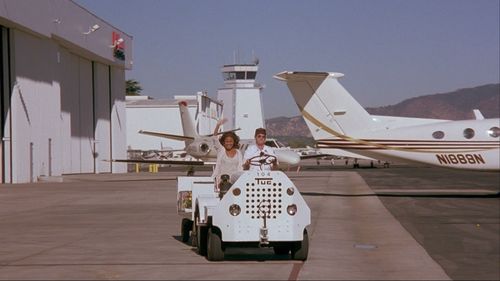 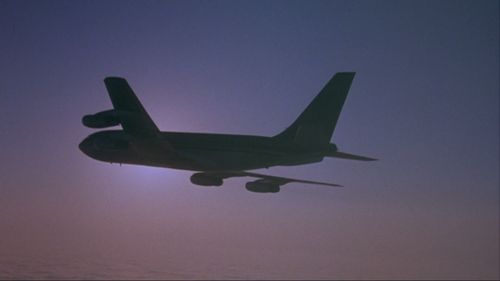