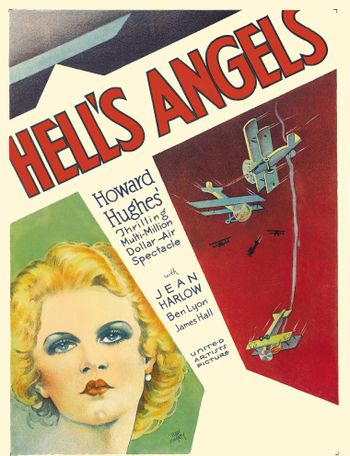 
Oxford merges students from all countries. But the outbreak of the war makes friends opponents. How the german Lt. von Bruen will accept to bomb his former university ?
And among the british people, what about the brothers Monte and Ray ? Ray loves Helen; Helen enjoys an affair with Monte; before they leave on their mission over Germany they find her in still another man's arms.

Heavily modified Curtiss JN (at least, change of the engine and tail). 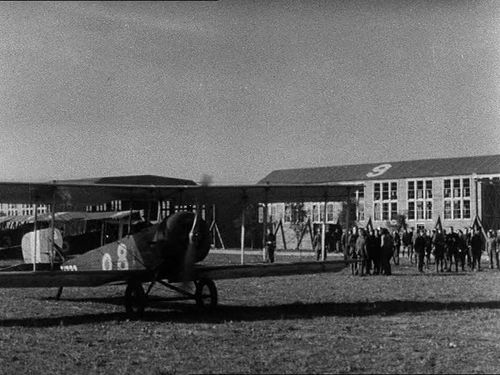 Two Sopwith Snipe are reputedly been bought but acting only as backgrounds and never flew during the air scenes. Maybe the two aircraft on the left. 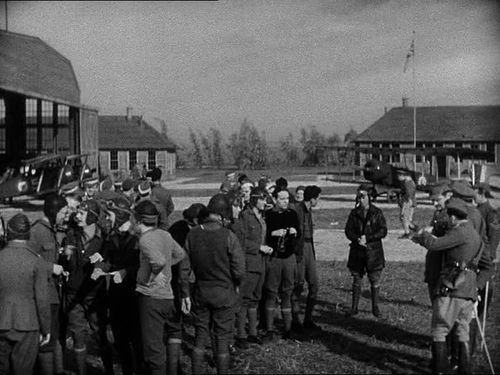 A Curtiss JN (at left) and a modified Thomas-Morse S-4C Scout taking off by american night. 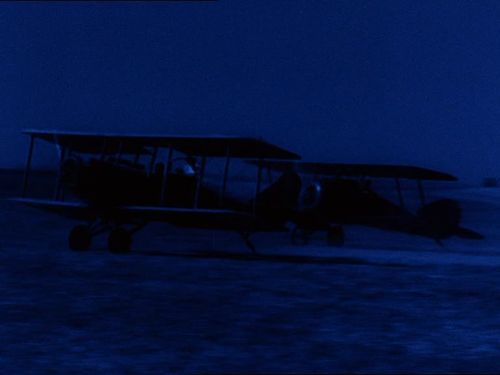 Wearing the code L32 of LZ 74, a R Class Zeppelin shot down over Essex on 24 September 1916.
Same aircraft in other movies at IMPDb: Frequently Seen Aircraft. 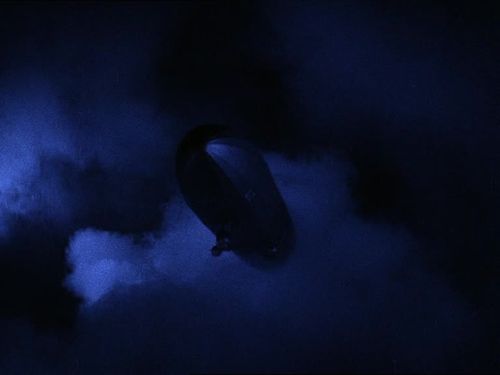 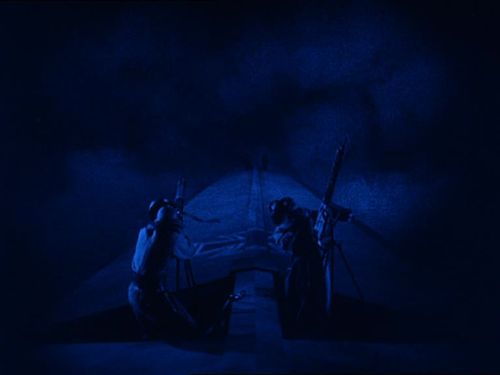 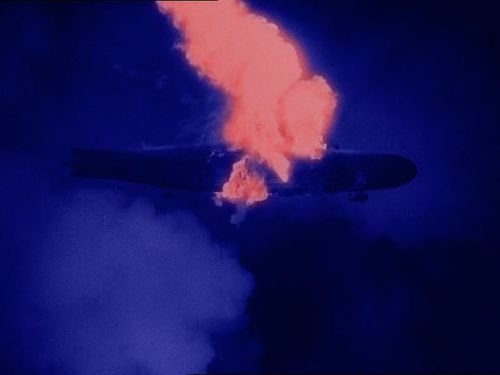 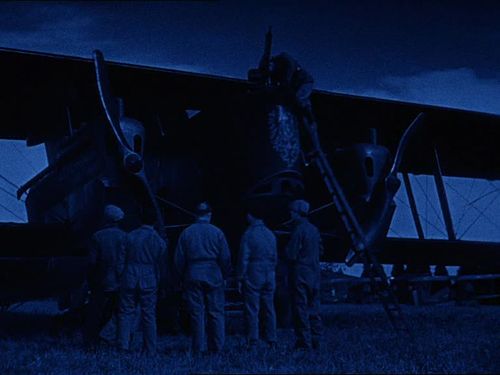 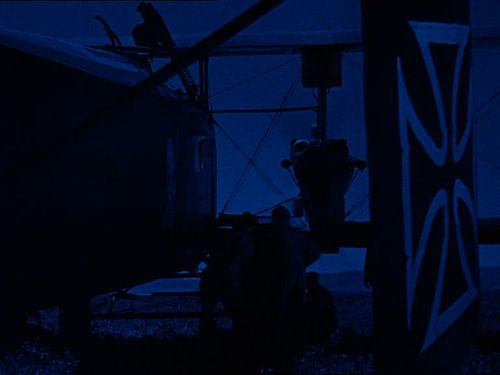 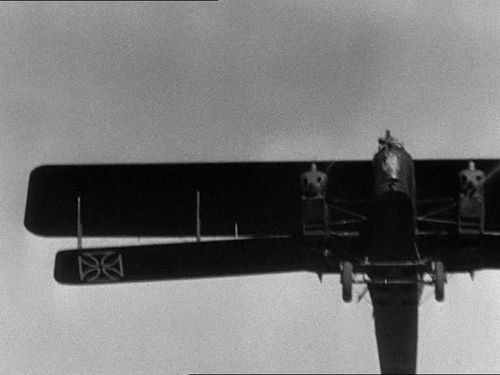 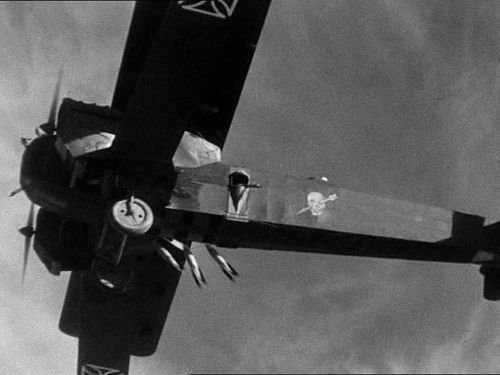 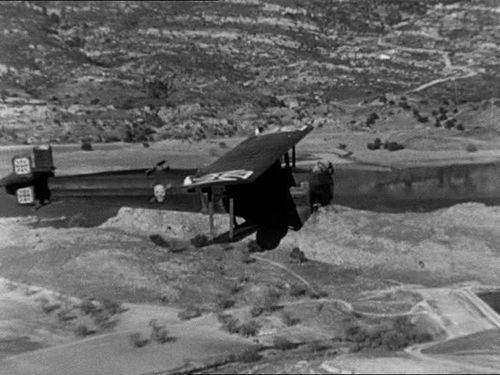 To illustrate the bomber in distress, this shot of a half fuselage. Did it been shot from the wreckage of the Sikorsky S-29A or from another aircraft ? 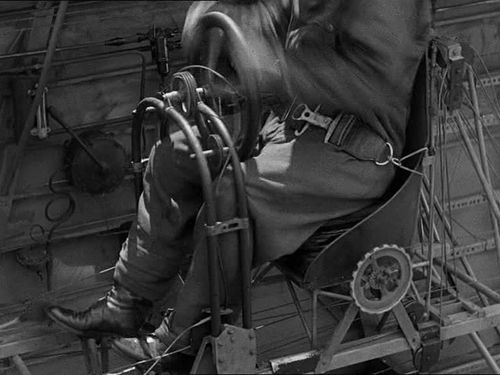 The two first screenshots are some of the scenes seen again in The Aviator and others movies.
Same aircraft in other movies at IMPDb: Frequently Seen Aircraft.
Los Angeles Metropolitan Airport (Van Nuys Airport nowadays). 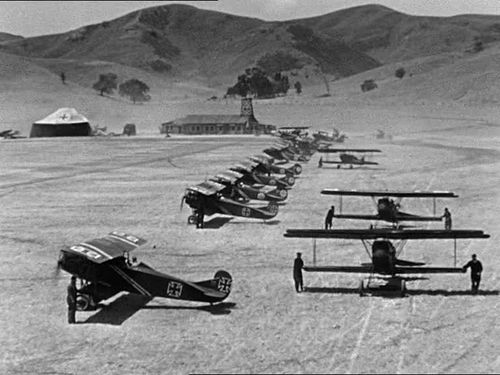 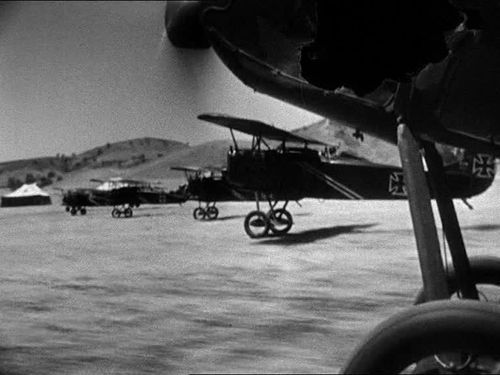 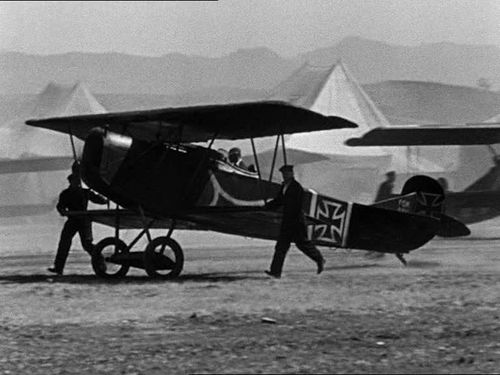 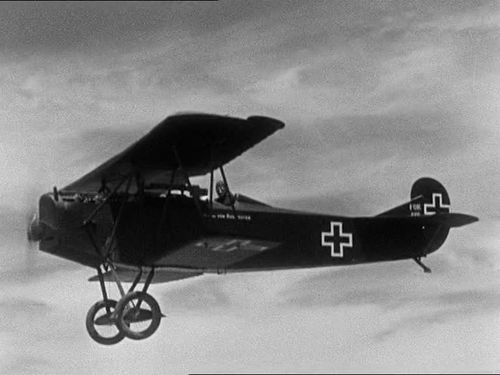 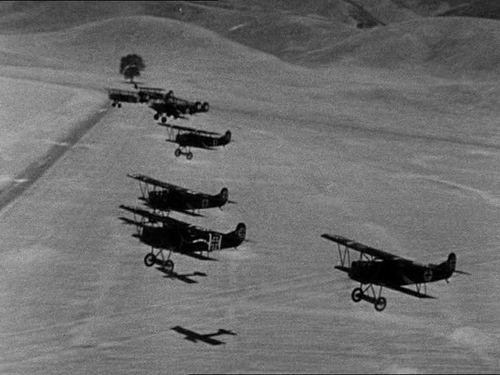 Only seven Fokker DVII were found by the movie's team. To make a full squadron, Howard Hughes used several airplanes of similar shape, the Wichita Fokker (Travel Air 2000 slighty reworked). They were put always is the background for maximum realistic considerations (look the red arrow). 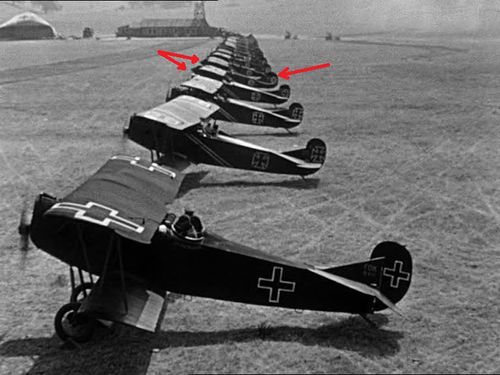 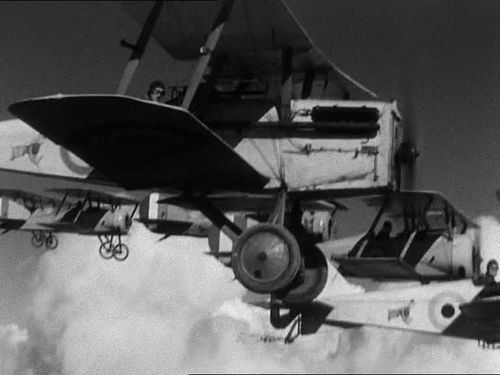 Outside the Jasta barracks, the fuselage and propeller of a former adversary. 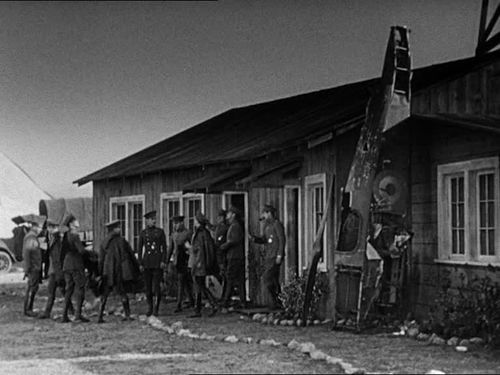 Is it the same plane ? 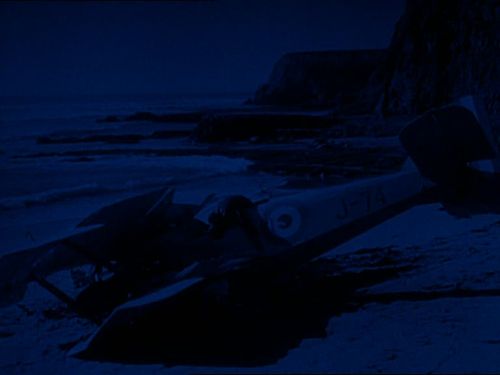