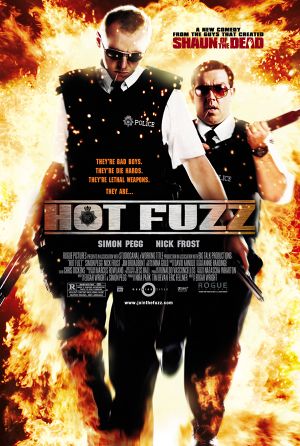 After the bad guys are defeated, this police helicopter arrives with Angel's former Metropolitan Police superiors.

"Come back to London. Sandford's hardly a fitting place for such an exceptional officer."