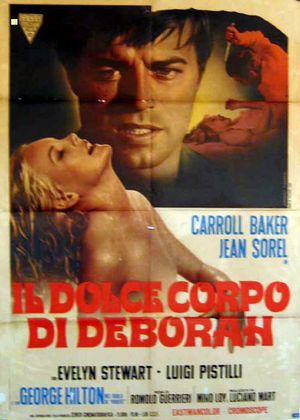 Deborah, a wealthy American, and her Italian husband, Marcel, are honeymooning in Geneva when they meet Marcel's friend Philip, who belligerently informs them that Susan, Marcel's former fiancée, has committed suicide. The couple stop at Susan's deserted villa, where Marcel receives a death threat over the telephone. In Nice, he continues to receive menacing phone calls, and Deborah begins taking tranquilizers; one evening she accidentally takes too many and is revived by Robert, an artist who lives in the adjacent villa. Later, Philip attempts to murder her to avenge Susan's suicide, but Marcel appears, stabs Philip, and buries his body in the garden. The next morning, when Marcel leaves to buy two plane tickets to the United States, Philip and Susan suddenly appear; when the terror-stricken Deborah faints, the couple drug her, slash her wrists to make her death look like suicide, and drive away.