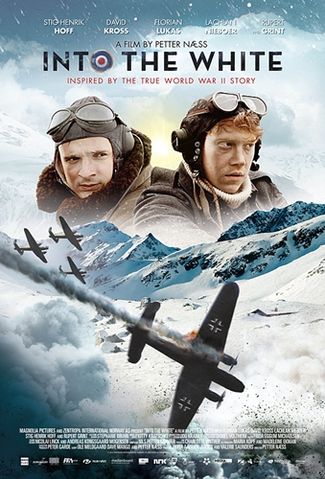 Into the White theatrical release poster.


The film takes place in Norway in World War 2: a group of British and German airman find themselves stranded in the wilderness after both of their aircraft have been shot down. Finding shelter in the same cabin, they realize the only way to survive the winter is to place the rules of war aside.