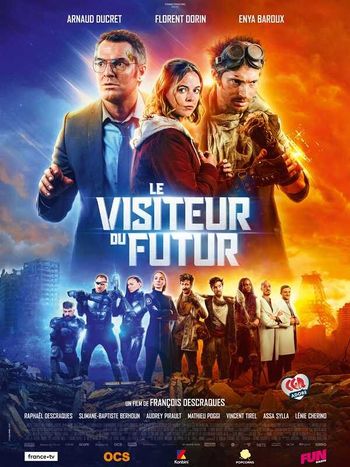 When a nuclear power plant threatens to explode in the near future, the engineers Galabroche and Defunax try to prevent it. When a man suddenly teleports into the plant and claims to come from the future, he gives them the tip to press a certain button to shut down the nuclear power plant. However, the strange visitor has to leave immediately because agents of the "Brigade Temporelle" are hot on his heels.

A Fokker Dr.I is seen seconds before flying low over the trenches on the Western front.
The bomber is obviously the Russian Sikorsky Ilya Muromets !