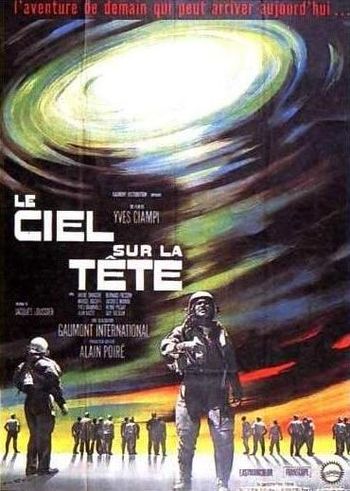 Heaven on One's Head
Skies Above


As the french carrier vessel "Clemenceau" (R98) is coming back home, a red alert is set up : an unidentified flying object with high level of radio-activity is high over stratosphere. Is it russian ? Or american ? perhaps chinese ? Could it be extra-terrestrial ?

Aircraft s/n 116 with the radar extended.

Quite rare : the WSO station inside the Breguet 1050 Alizé !

Seen fom the Pedro, the launch of a Breguet Br 1050 Alizé.

The red warload is supposedly a nuclear bomb. Only the Etendard successor, the Super Etendard, was nuclear capable.

Dedicated variant to reconnaissance tasks (21 built with serial from 101 to 121; higher numbers are former IVM retooled during the nineties).

The typical refueling probe of the Dassault Etendard IVP.

Still the fixed axial refueling probe and glasse of the side looking camera.

Of the Royal Canadian Air Force.