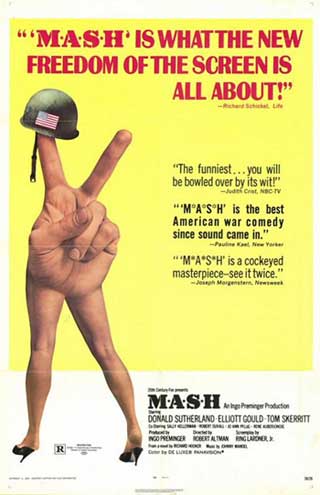 The staff of a Korean War field hospital use humor and hijinks to keep their sanity in the face of the horror of war.

Several different examples appear to be used throughout the film.