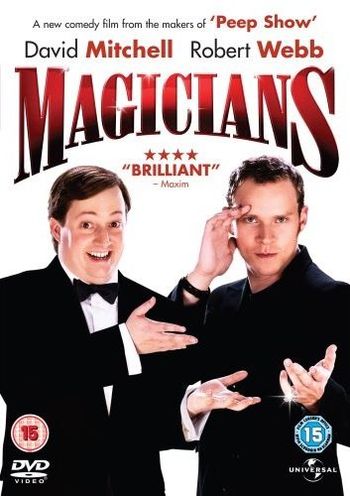 Harry, who has a fear of flying, flies from Jersey to London and back again within 4 hours. An interior scene is shown for both flights. Registration G-JECP, c/n 4136 built in 2006.

Another shot of a Flybe plane is used earlier in the film to show Karl and his agent Otto flying to Jersey for the Magic contest. This shot has been mirrored.