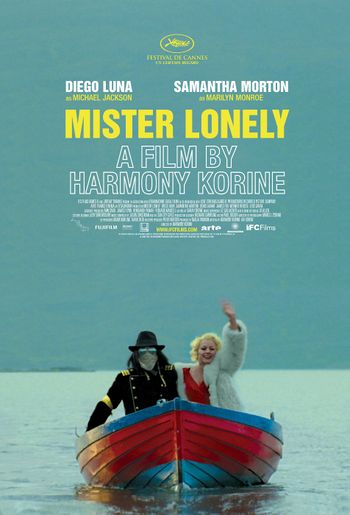 In Paris, a young American who works as a Michael Jackson lookalike meets Marilyn Monroe, who invites him to her commune in Scotland, where she lives with Charlie Chaplin and her daughter, Shirley Temple. Roughly a third of Mister Lonely is a contrapuntal narrative about nuns in South America.

Just a glimpse in this free fall sequence.