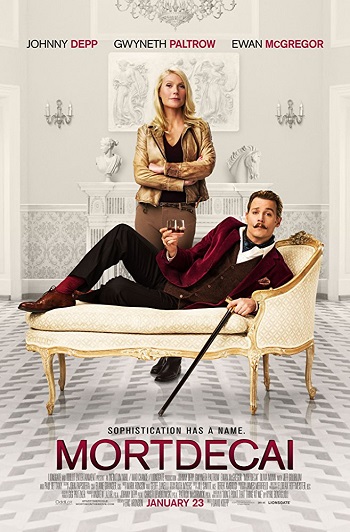 Mortdecai is visiting an old man watching a movie on his TV screen. Don't remember the title of this British movie based on a pilot life during World War 2 and checking his Mosquito (?) before (or after) a flight.

Flight from London to Los Angeles.
Airbus A330-343 of Virgin Atlantic Airways.

Unloading the Rolls-Royce in front of the flight control tower at Los Angeles International Airport (LAX).
Probably a white Boeing 737 at left and a T-tailed twinjet at right.