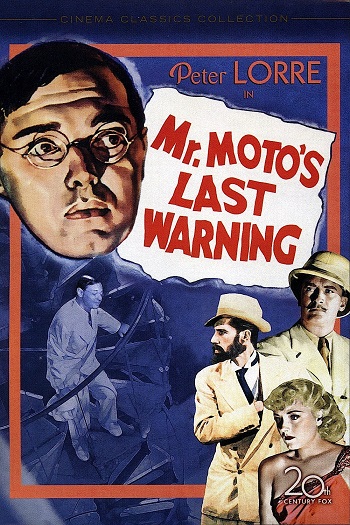 Moto thwarts a ruthless band of international agents who try to foment an international incident by mining the entrance to the Suez Canal and blaming the British.

Perhaps a Short Singapore in Egypt (despite the map shows Tunis). 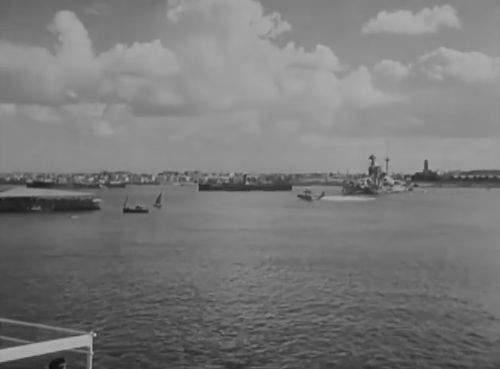 From theater Fox News.
Note the code 7S3 worn by floatplanes in use with cruisers from the French Mediterranean fleet during the mid 1930s. So the speaker says wright ! (7S3 1 was onboard the French heavy cruiser Algérie between 1936 and 1937). 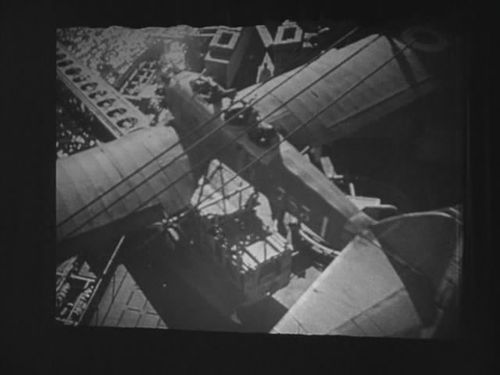 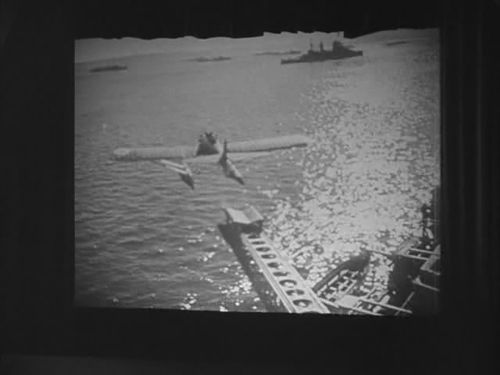