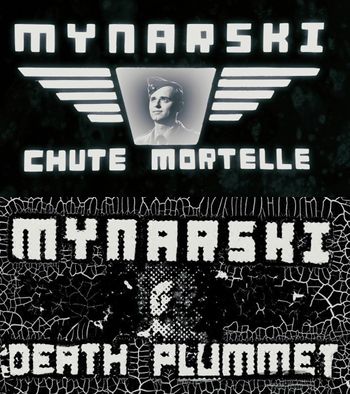 Avro Lancaster Mk X bomber, serial KB726, coded "VR-A", 419 Bomber Squadron, 3 Group, Bomber Command, Royal Canadian Air Force.
A restored Lancaster operated by the Canadian Warplane Heritage Museum in Hamilton, Ontario, is painted in these markings and is seen in What the Dambusters Did Next. 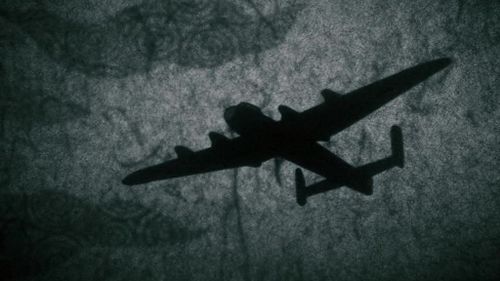 Pat Brophy, the tail gunner, couldn't escape the falling Lancaster but survived the crash. His testimony was the first step to Mynarski Victoria Cross award. 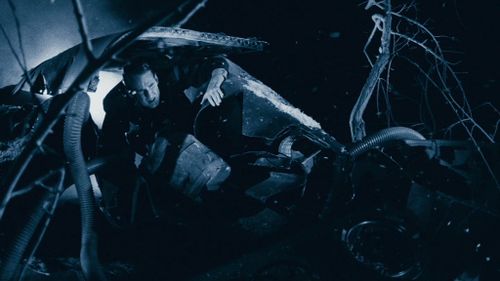 Mynarski's Lancaster was shot down by a Junkers Ju-88 nightfighter. 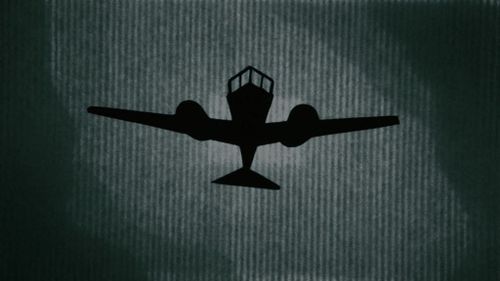 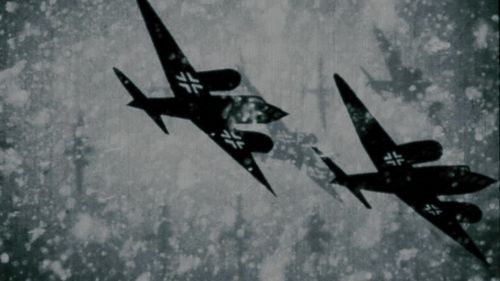