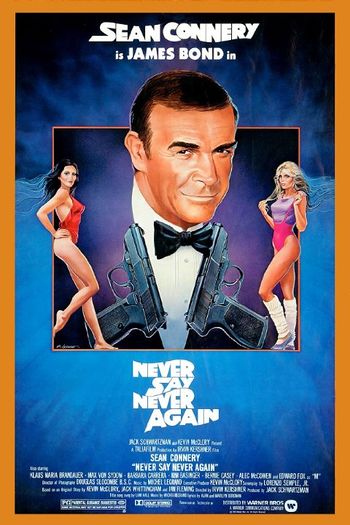 A SPECTRE agent has stolen two American nuclear warheads, and James Bond must find their targets before they are detonated.

The landing gear and engine's pod are those of the commercial supersonic, probably one of British Airways.

A set built as the Rockwell B-1A bomb bay but the well's actuators don't fit and the engine's pod were all white on the real plane.

When Maximillian Largo comes in to land on his yacht, we first see the shadow of the helicopter... and it's not a Bell !

Used by Maximillian Largo to land on his HQ boat (continuity error).

Kind of flying platform launch through a Solaris (?) missile by the submarine.