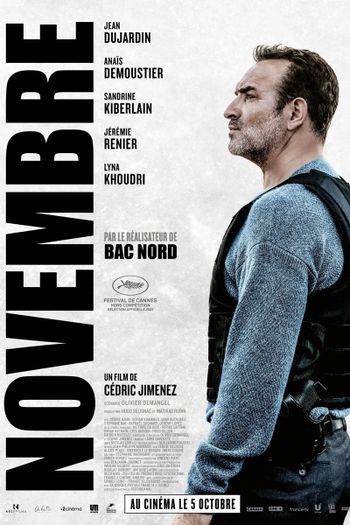 13 November 2015 : the November 2015 Paris attacks and the following police investigation until the 18 November when the suspected lead operative of the attacks, Abdelhamid Abaaoud, was killed in a police raid in Saint-Denis.

Unidentified Bizjet seen from very close shot (no more two seats and one window inside; close up on the closing door).
Registration starting by F-...