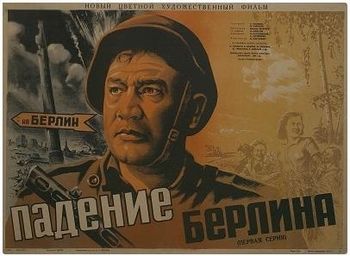 A Soviet epic of the Great Patriotic War against Nazi Germany. Being made during the highest years of Stalin’s personality cult, the film draws a highly unrealistic, mythologized image of Stalin and vastly exaggerates his role in everything possible. Because of that, “The Fall of Berlin” was de facto banned in USSR after Stalin’s death.

Acting as twin engine bomber of the Luftwaffe. 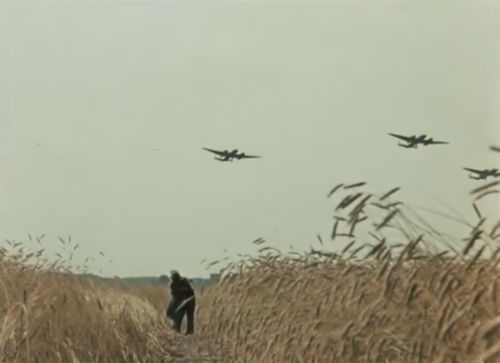 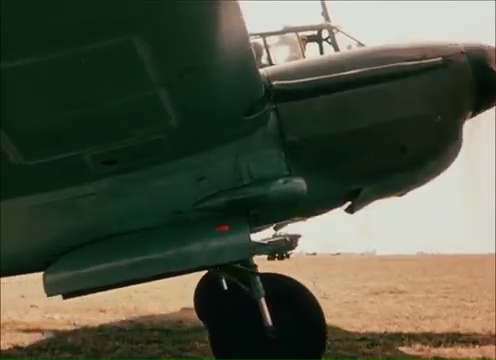 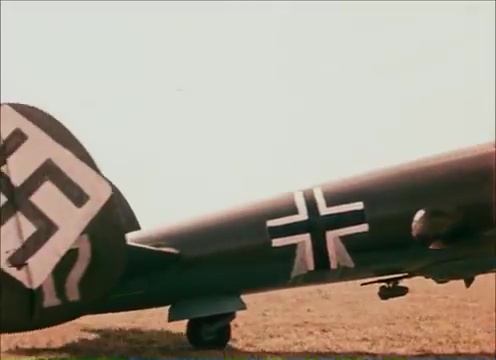 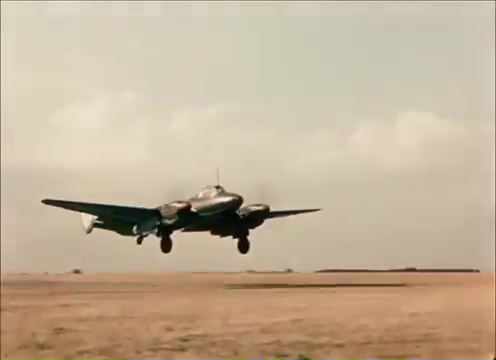 Later, during the second half of the movie. 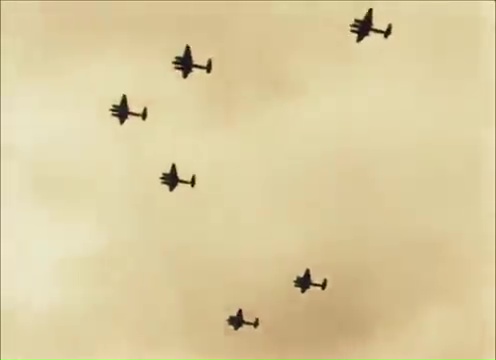 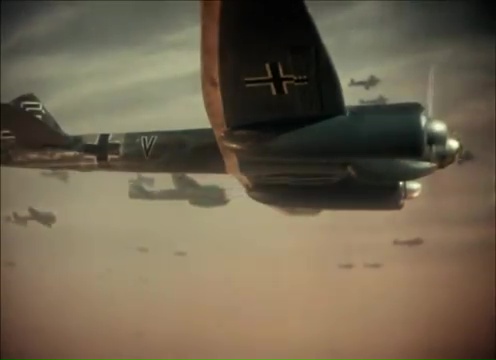 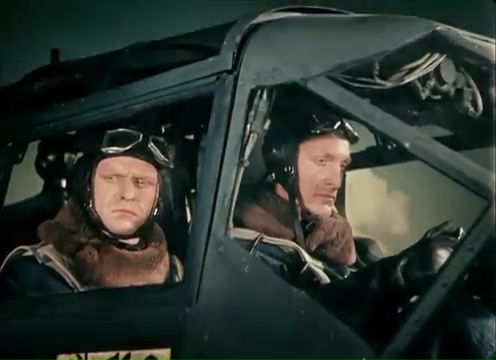 Could be a model of the Dornier Do 17 Z or Do 215 but the nose lacks of flat windows. 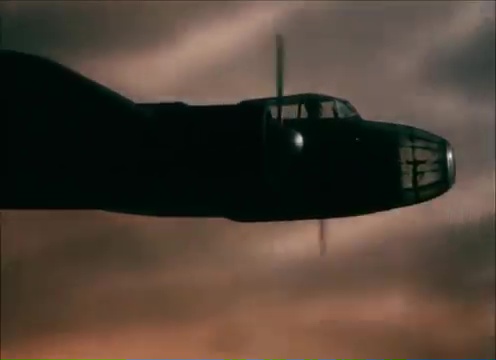 Where is the pilot ?
Model with several errors (no aerial mast for example). 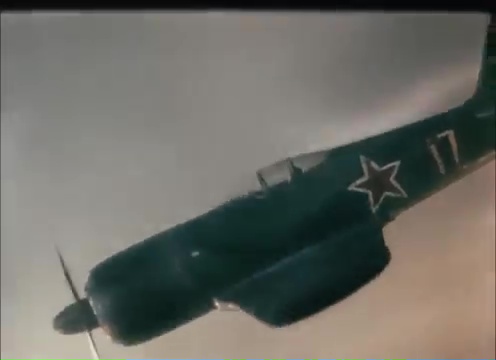 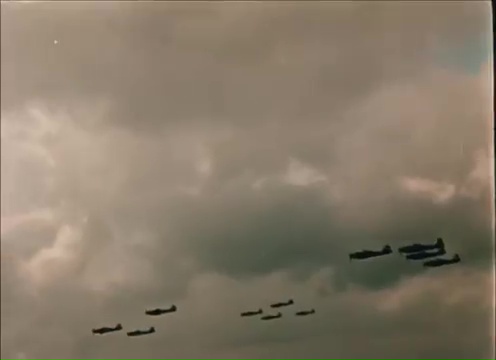 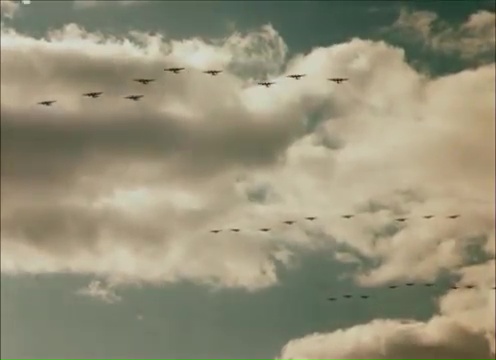 Most of the time, we just saw large formation flying low or at middle flight level over the battlefield. 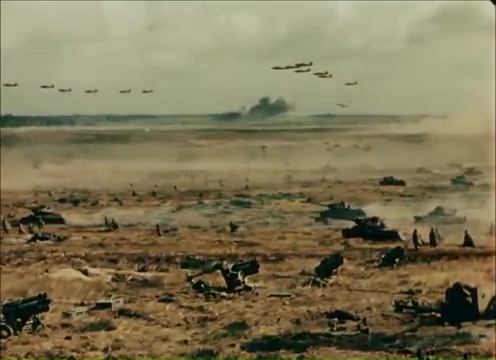 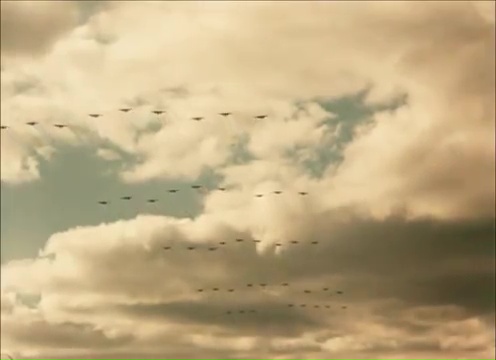 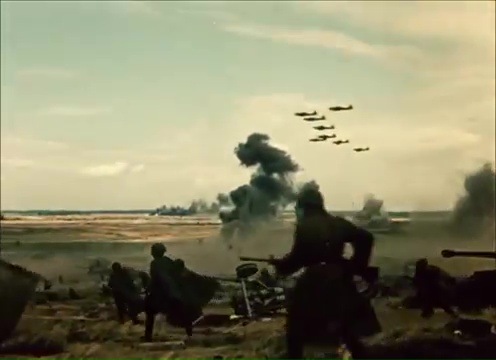 Lavochkin piston-engined fighter or one of the first jet fighter of the VVS ? 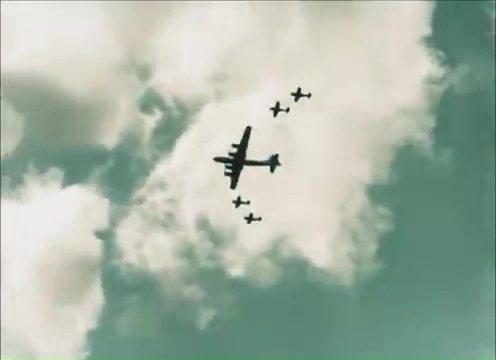 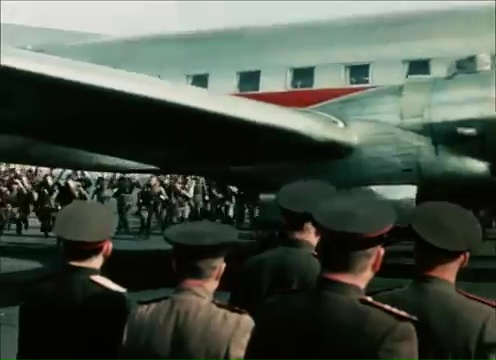 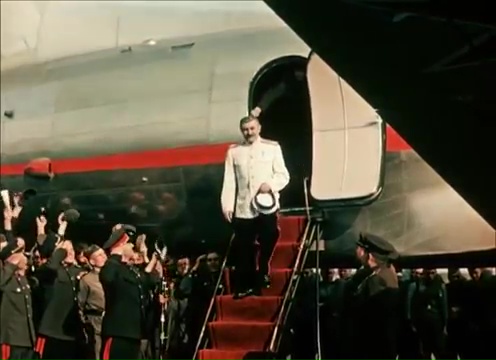 This action (Stalin on the threshold of the access door) is reused in L'aveu but just in sepia.