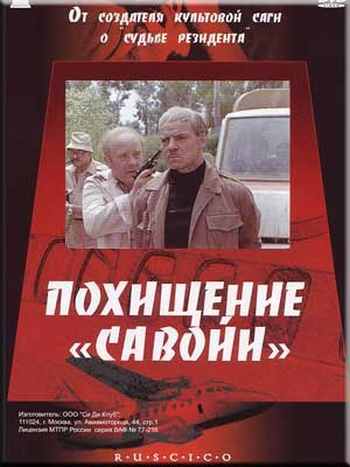 A soviet screen adaptation of the novel (by the polish author Andrzej Scheperskogo) "Flight 627" about air hijacking.

Wear the brazilian registration PT-EAE (a false one ? Look below). 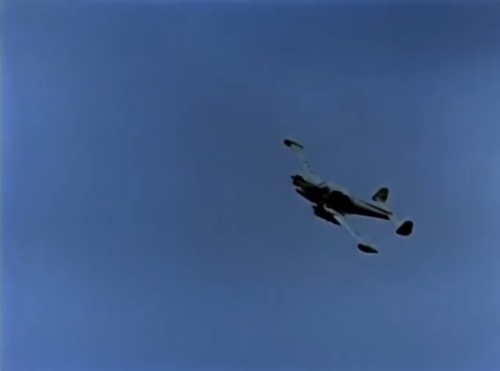 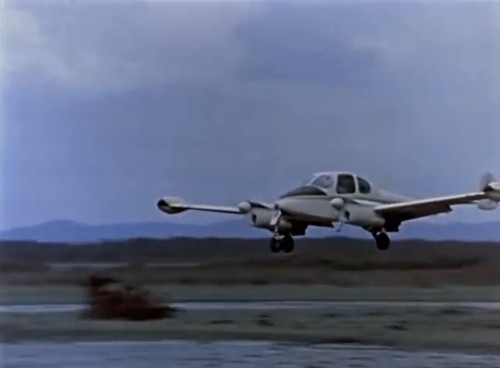 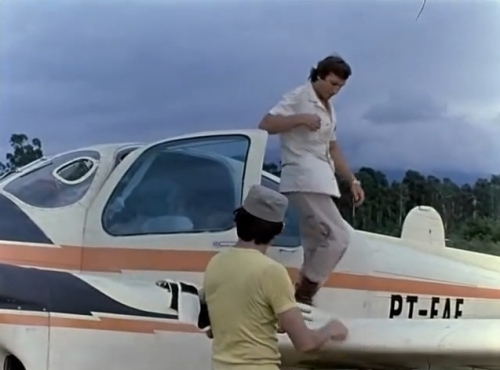 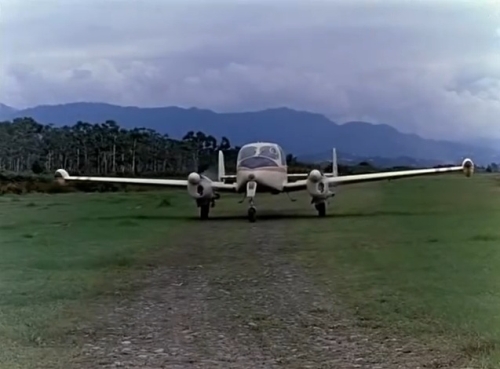 Boeing 747-121 (serial 19656/34), reg. N752PA, baptised Clipper Fortune, Pan American Flight 93. The plane was blown up at Cairo seconds after it had landed and been evacuated on 12 September 1970 following the quadruple hijacking of the 6th September. 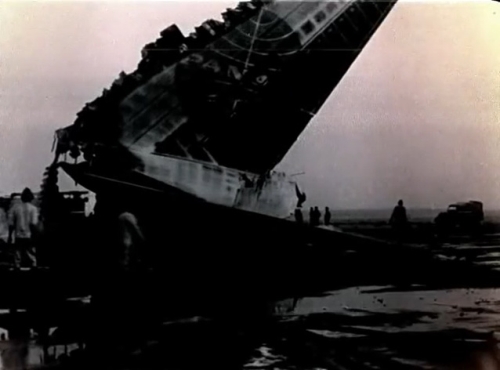 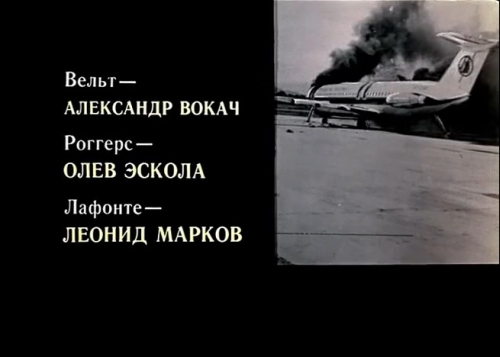 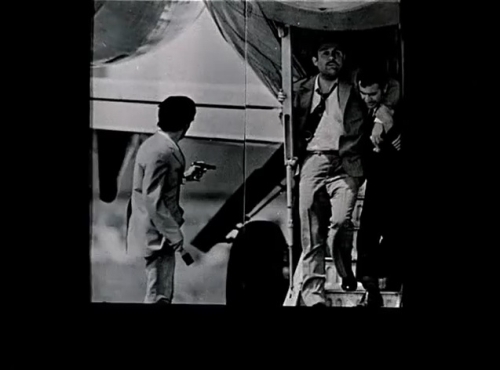 Douglas DC-8-53 built in 1963, registration HB-IDD, Swissair Flight 100 was hijacked, and blown up at Dawson's Field Zerqu-Jordan, on 12 September 1970.
Same aircraft in other movies at IMPDb: Frequently Seen Aircraft. 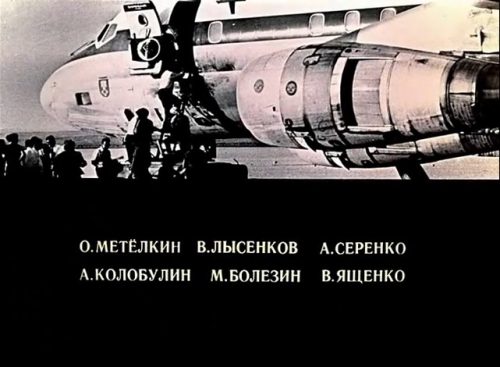 Or maybe a Boeing 720 of what seems the Pan Am or Varig airline. Landing in South America (according the caption). 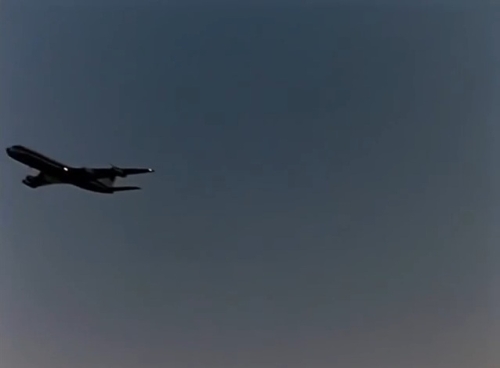 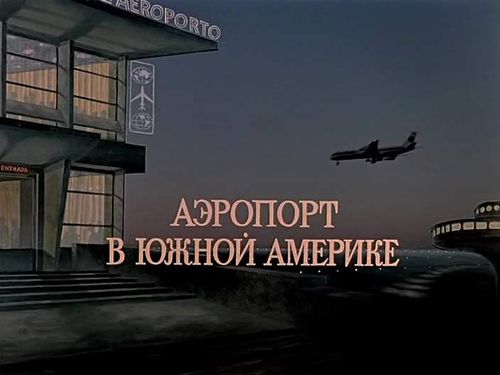 Or maybe a Hughes H-300. Only the shadow is visible at the base the Christ the Redeemer statue (Rio de Janeiro).
For the best of you, could you guess in which airliner this shot is taken (note the clipper in the right bottom) ? 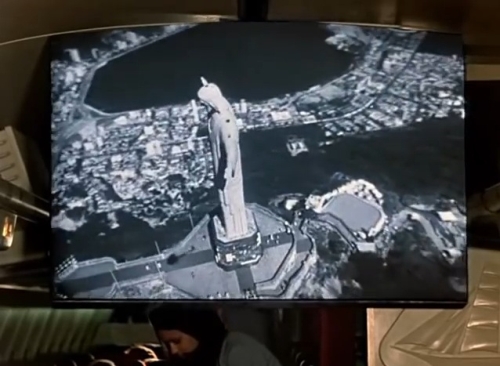 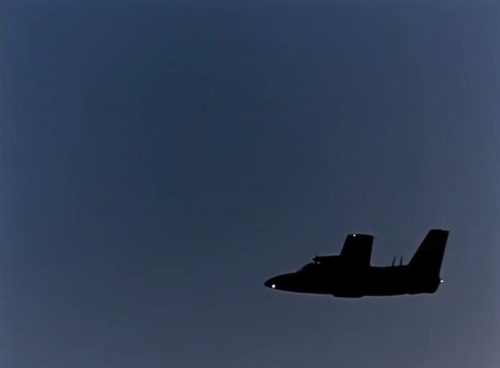 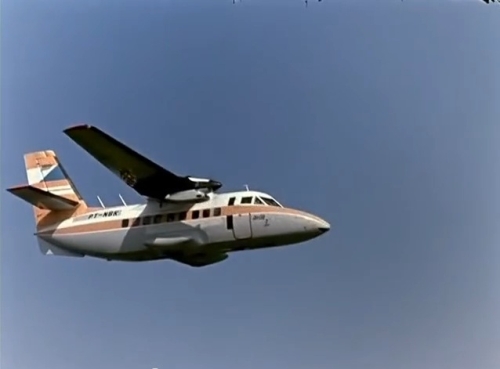 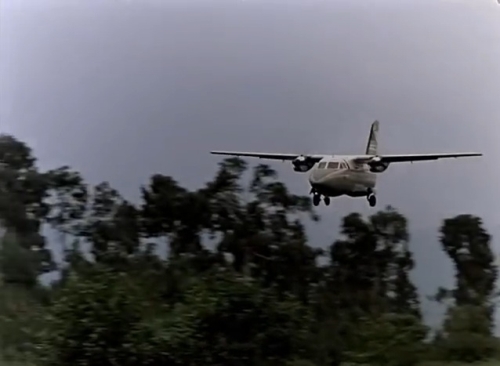 Yes! You read correctly! Registration is PT-EAE like the LET L-200! 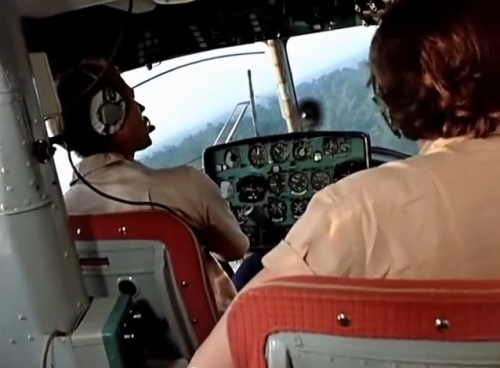 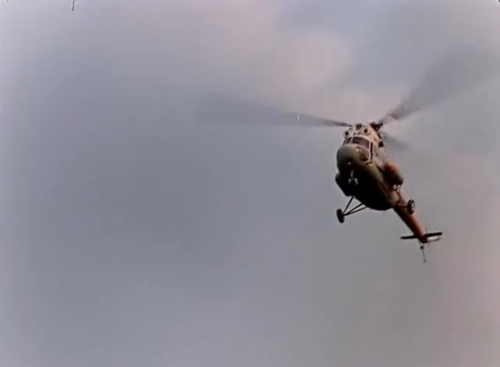 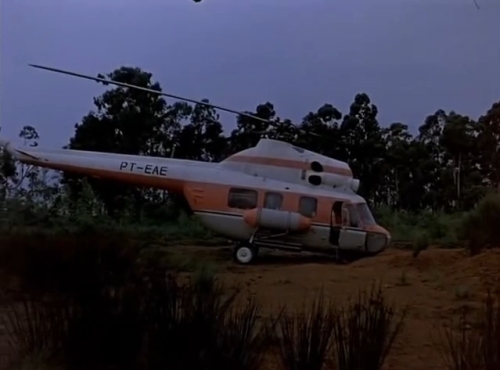