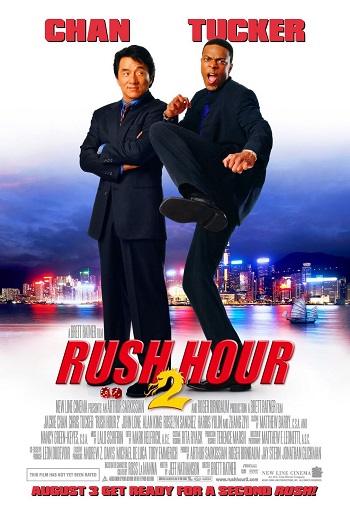 Carter and Lee head to Hong Kong for a vacation, but become embroiled in a counterfeit money scam.

Several mothballed DC-10s from United Airlines seen in the far background, above the 737.

Barely seen at the gate at far left. First just the rear engine...

And then part of the fuselage.