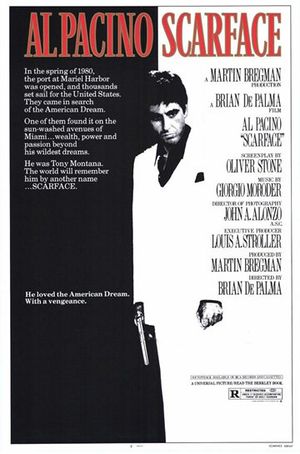 In 1980 Miami, a determined Cuban immigrant takes over a drug cartel while succumbing to greed.

Goodyear GZ-20 displaying message "The World Is Yours"

At the East 60th Street Heliport (also known as the Pan Am Metroport) in Manhattan. This heliport was closed in 1998.
Pan Am used these 222s as a shuttle service between the heliport and the three major New York airports (JFK, LaGuardia, and Newark). They contracted Omniflight Helicopters to purchase/lease and operate the helicopters.