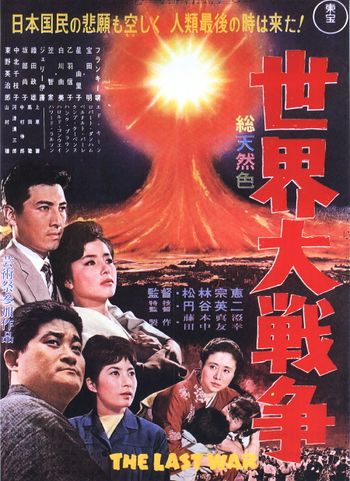 This Japanese film speculates on the events which lead the U.S. and the Soviet Union into a nuclear Armageddon.

Twin engine bomber which looks like a Myasishchev M-4 but without inner engines.

Models with too narrow air intake. They're like those of the McDonnell XF-88 Voodoo; but he doesn't suit as he doesn't have a T tail.

Models. Only three airframes were built around 1955.