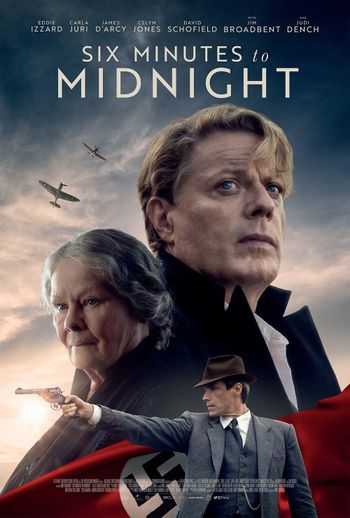 Supermarine Spitfire KL°A so from No. 54 Squadron RAF (code from September 1939 to June 1942). Not too bad but the movie ends few days later when we hear from a radio the Chamberlain's voice announcing that Britain is at war with Germany. So Squadron's code should be DL ...
The white band is too doubtfull.