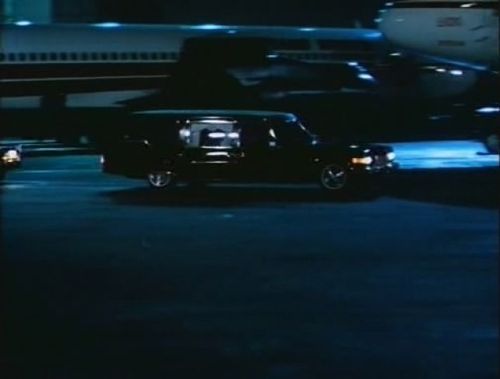 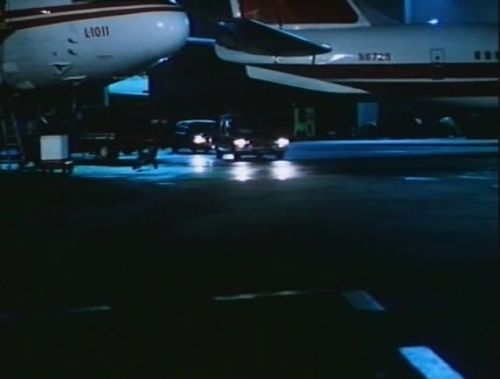 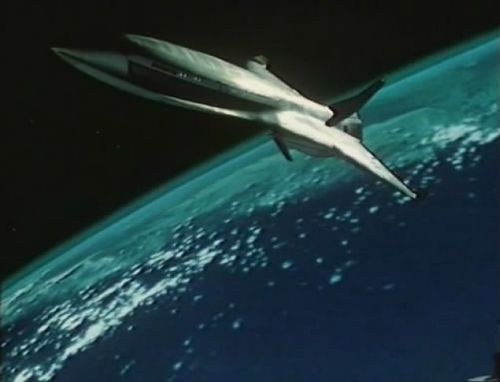 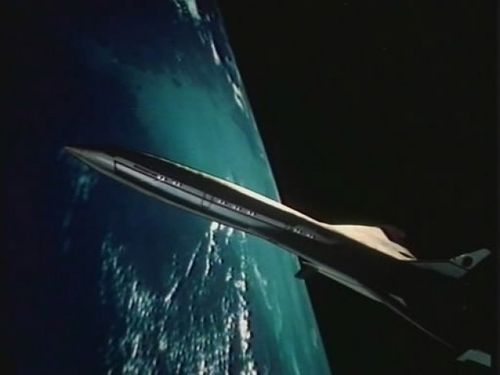 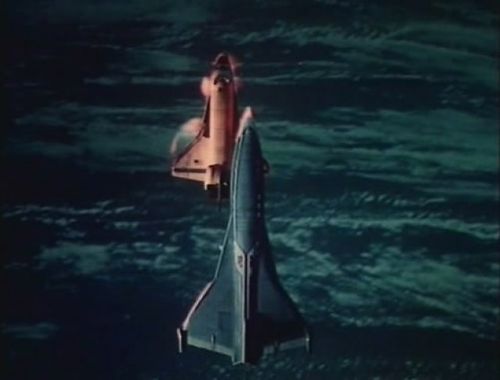 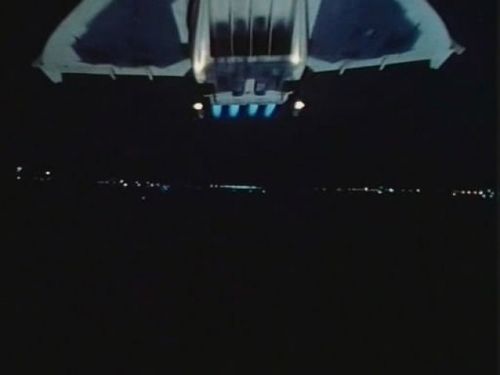 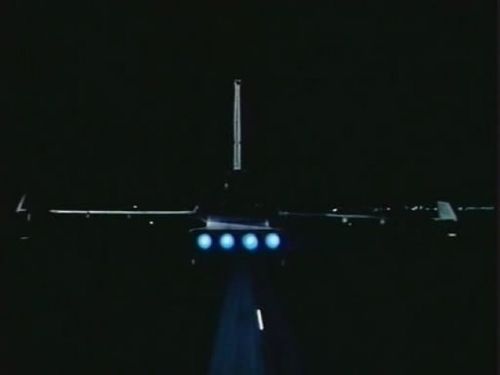 Enterprise was mated with the white external tank and boosters for testing prior to the first Space Shuttle mission using Columbia. Only Columbia acutally flew with the external tank painted in white (and only for the first two missions in 1981). Seen just through stock shot on the launch pad; otherwise, a model is used throughout the film.
Same aircraft in other movies at IMPDb: Frequently Seen Aircraft. 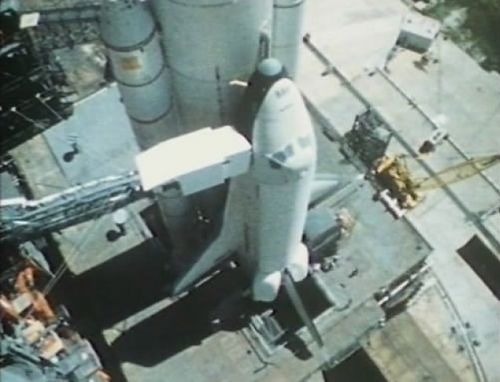