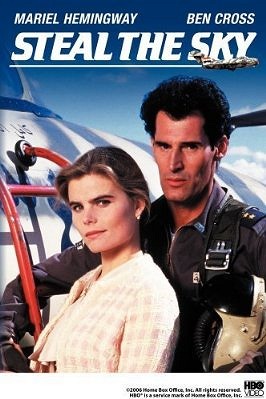 An Israeli agent entices an Iraqi jet pilot to defect with his MiG fighter. Inspired by the defection in 1966 of a Mig-21F-13 pilot (wearing the fuselage code 435). 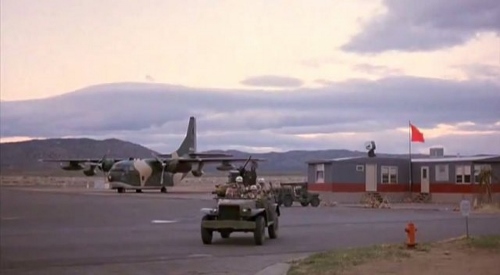 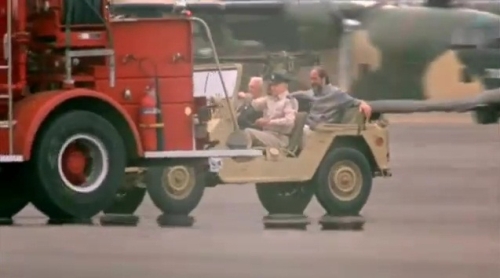 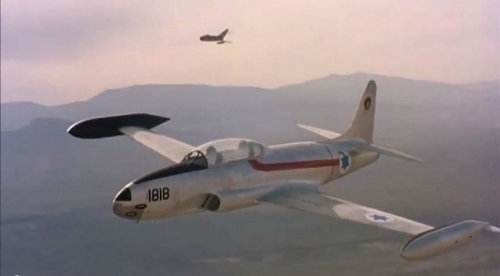 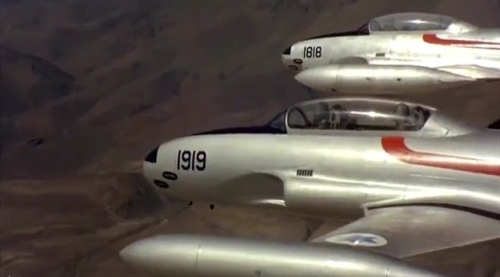 Nine Shooting Star are visible in this shot. 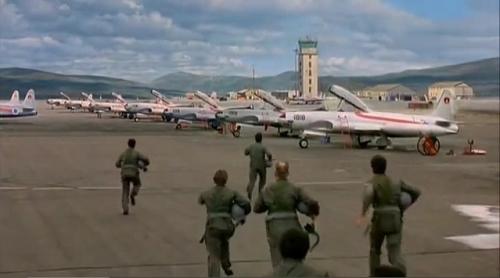 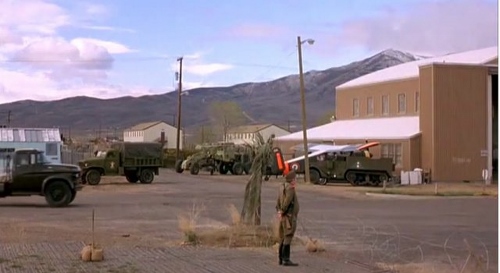 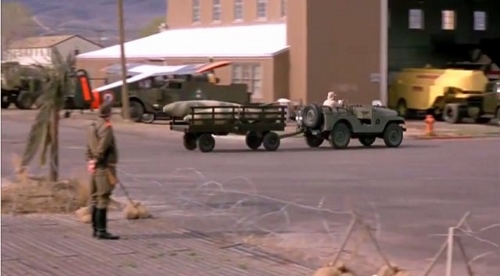 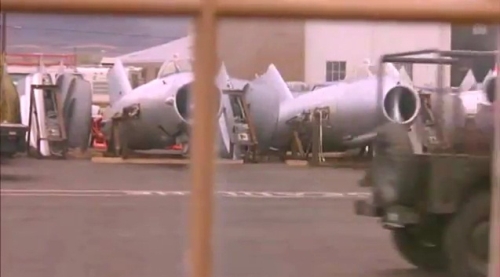 In fact, these airframes were built in Poland as Lim-2. 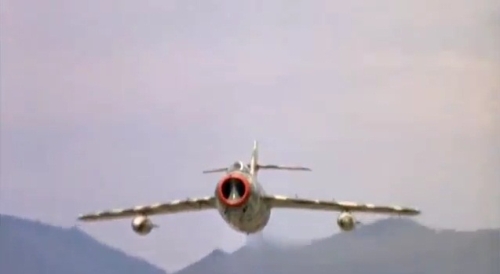 Wearing in arabic numerals the number 435. 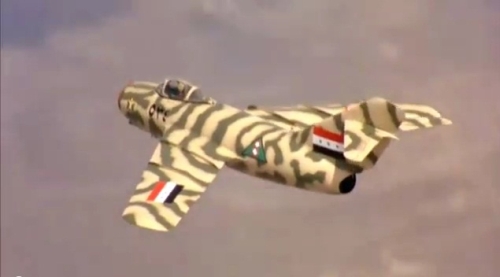 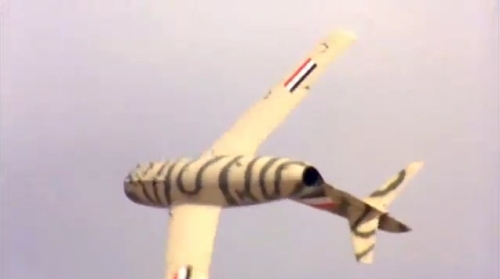 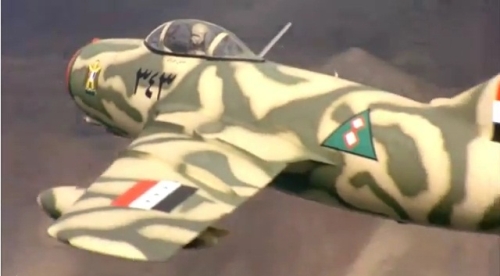 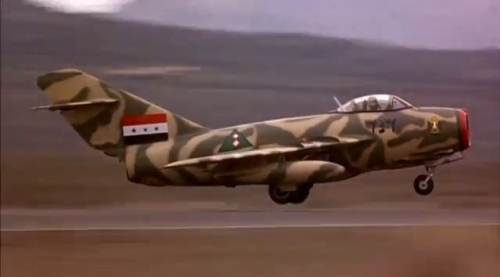 As the single seat, this two seat trainer (here leading the flight) was built in Poland as SB Lim-2. 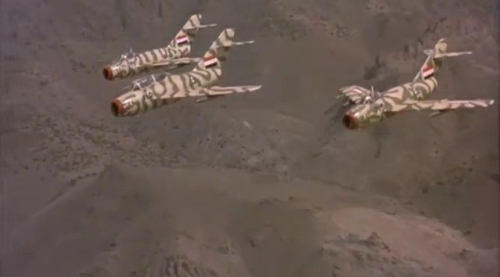 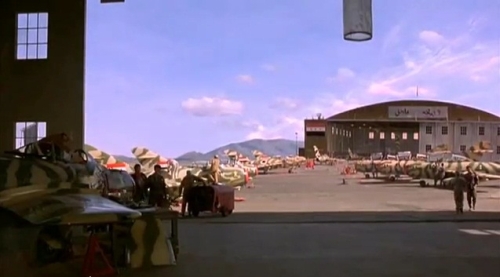 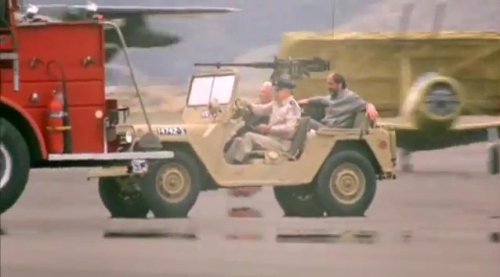 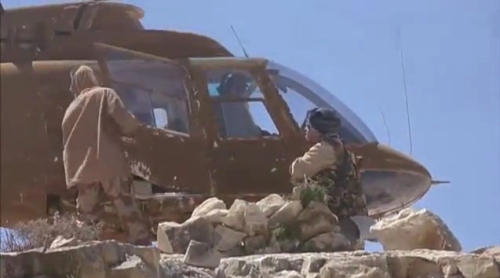 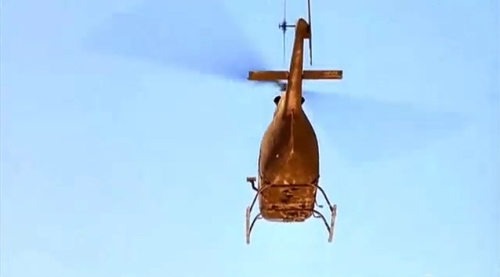 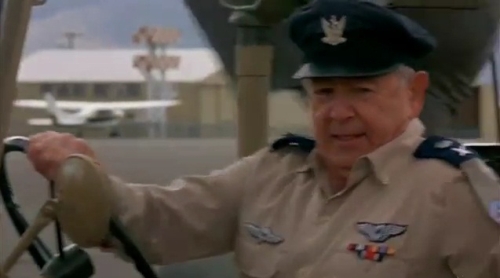 Probably a Cessna 402 or a similar twin engine light aircraft under the left wingtip of the MiG. 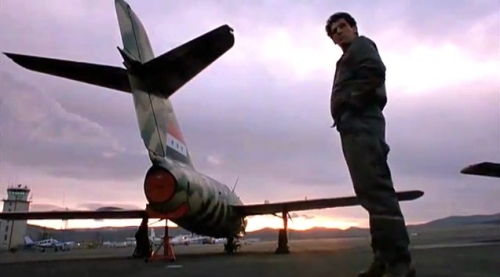 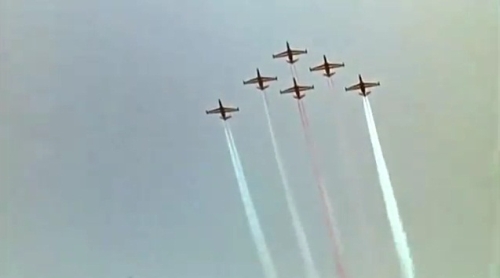 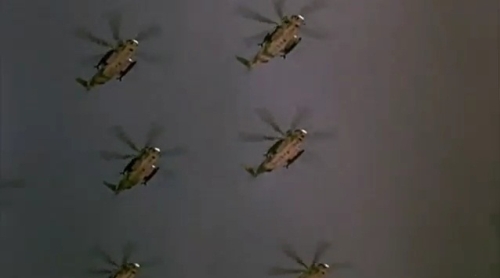 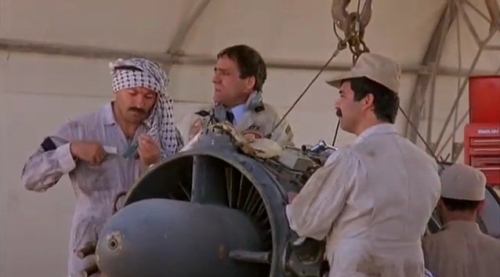