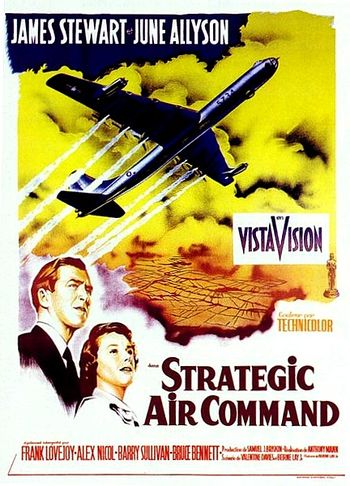 
Lt. Col. Robert (Dutch) Holland was a third baseman for the St. Louis Cardinals when he's recalled to active duty for 21 months. He reports to his posting at Carswell AFB, a bomber base in Ft. Worth, Texas to qualify in the Convair B-36. The B-36 is a complex aircraft when introduced, but improvements are being worked on all the time. One challenge was leakage from the fuel tanks, but a new fix is introduced to address this once and for all. On their next flight, Dutch's crew has to fly their B-36 to Thule Air Base, Greenland. The fix does not work and one of the engines bursts into flame, causing the entire left wing to catch fire. The crew is forced to abandon the aircraft over the ice and snow of Greenland before arriving at Thule. Dutch and his engineer stay onboard for a forced landing, and Dutch injures his arm. Neverless, some times later, he's promoted to full colonel and made deputy wing commander of his B-47 wing, so Dutch decides, to Sally's displeasure, to remain in the Air Force, rather than return to baseball at the end of his active duty obligation. 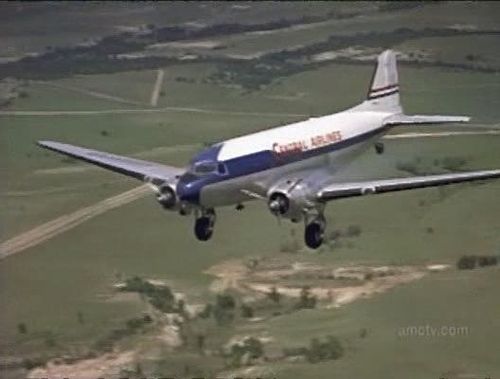 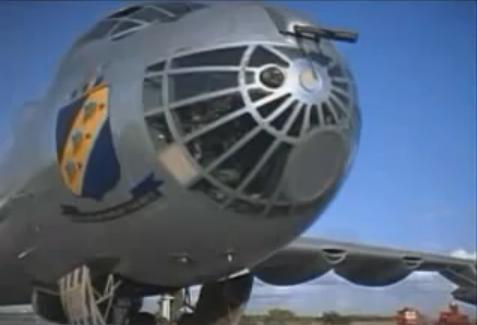 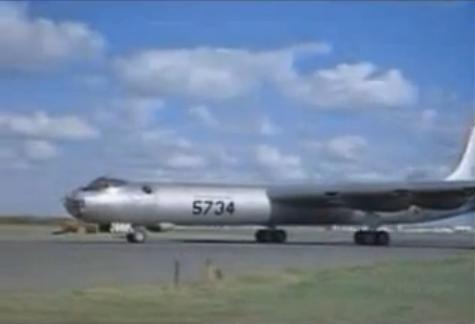 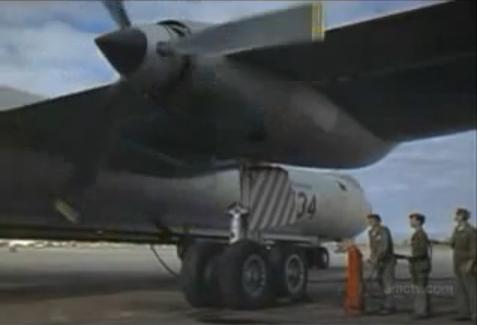 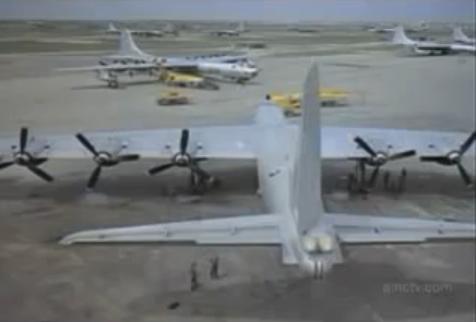 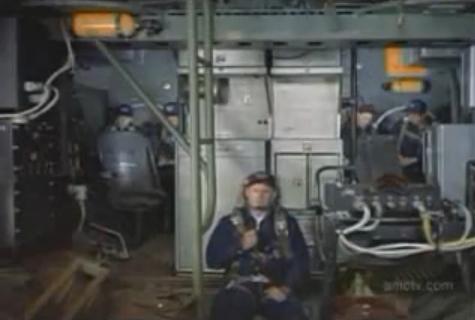 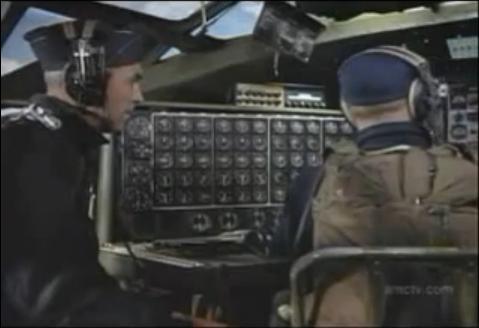 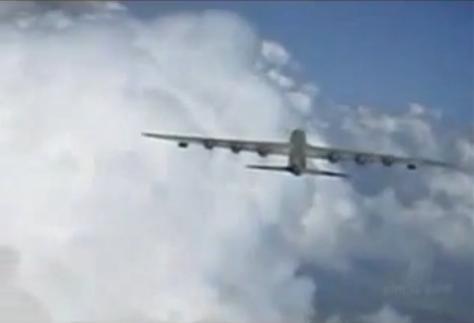 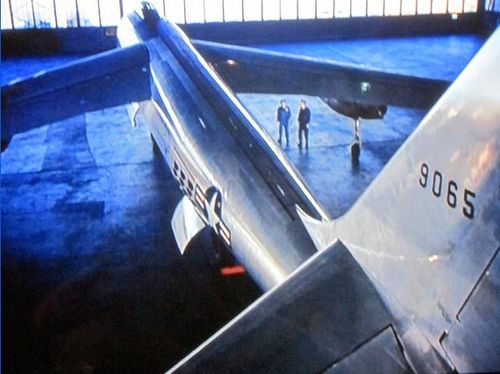 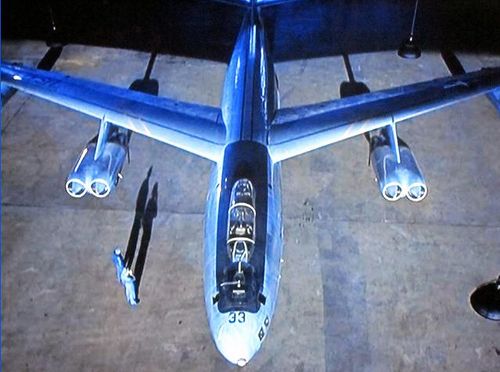 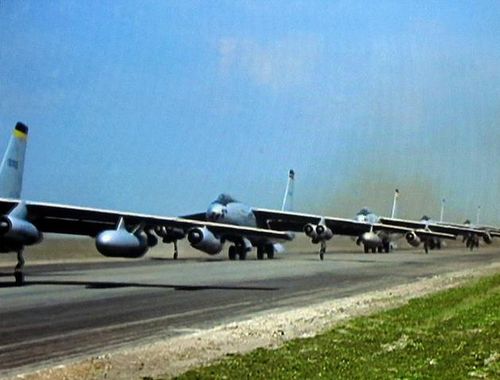 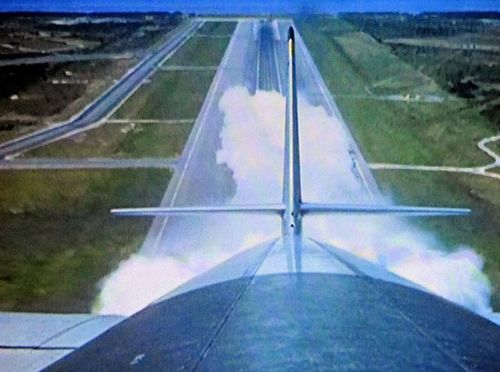 Rear view during the take-off with JATO (Jet Assisted Take Off). 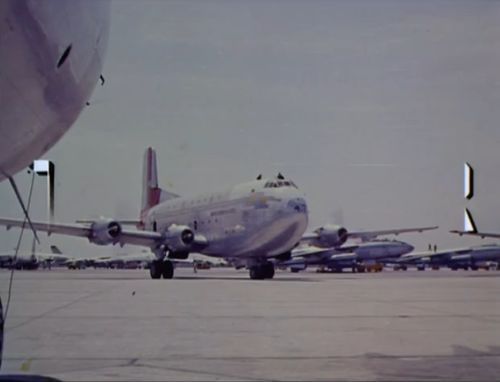 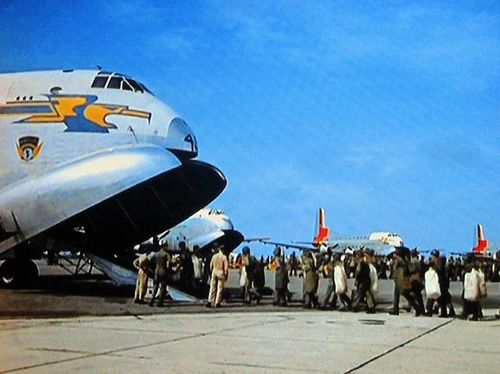 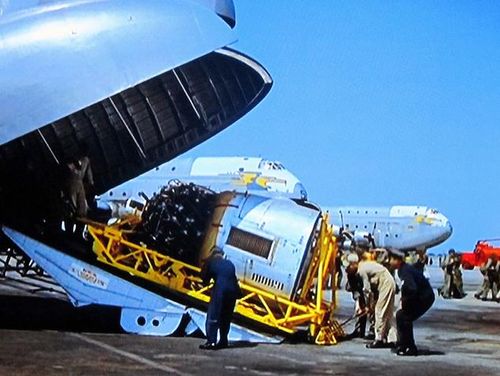 Boarding a spare engine for the C-124. 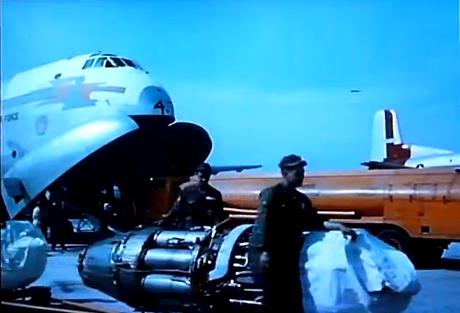 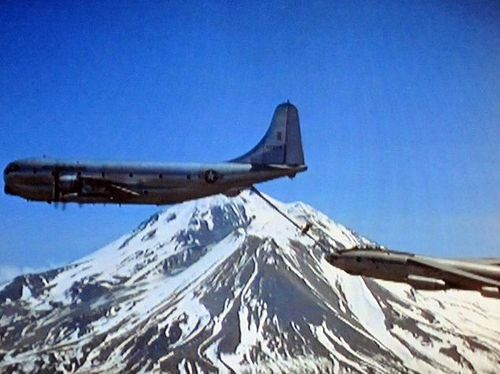 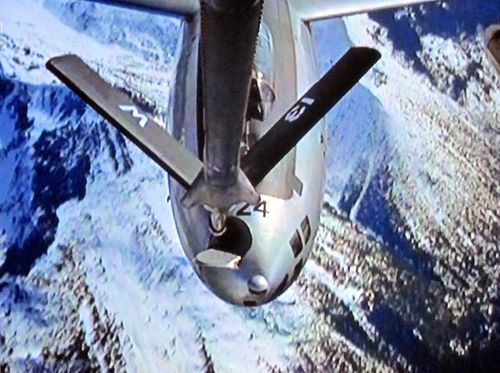 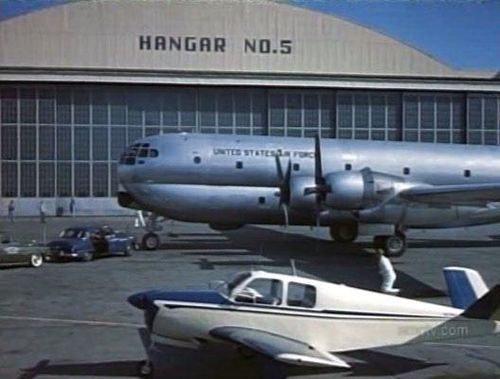 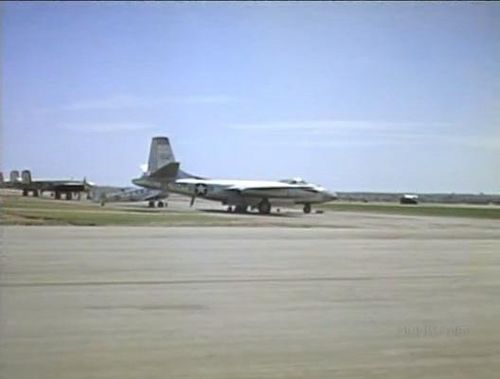 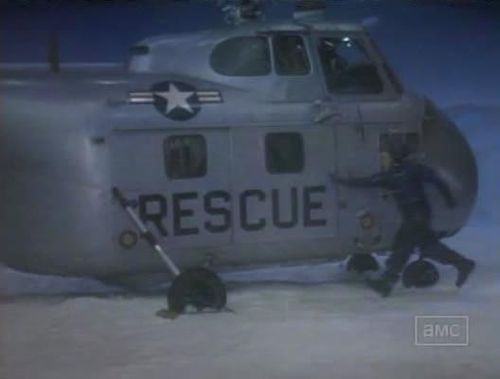