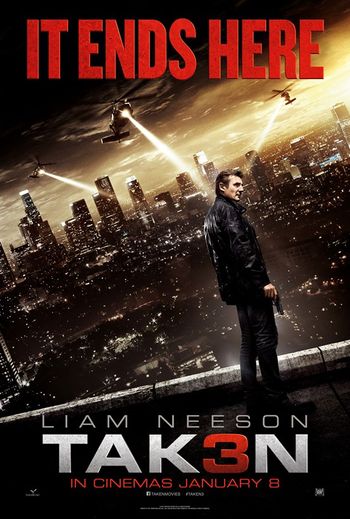 Ex-government operative Bryan Mills is accused of a ruthless murder he never committed or witnessed. As he is tracked and pursued, Mills brings out his particular set of skills to find the true killer and clear his name.

False registration N-8566E, which belongs to an Aeronca Champion 7FC.
Reg. F-BVPK Aérospatiale SN 601 Corvette c/n 7 with some shot filmed with the fuselage of F-GMOF c/n 12.